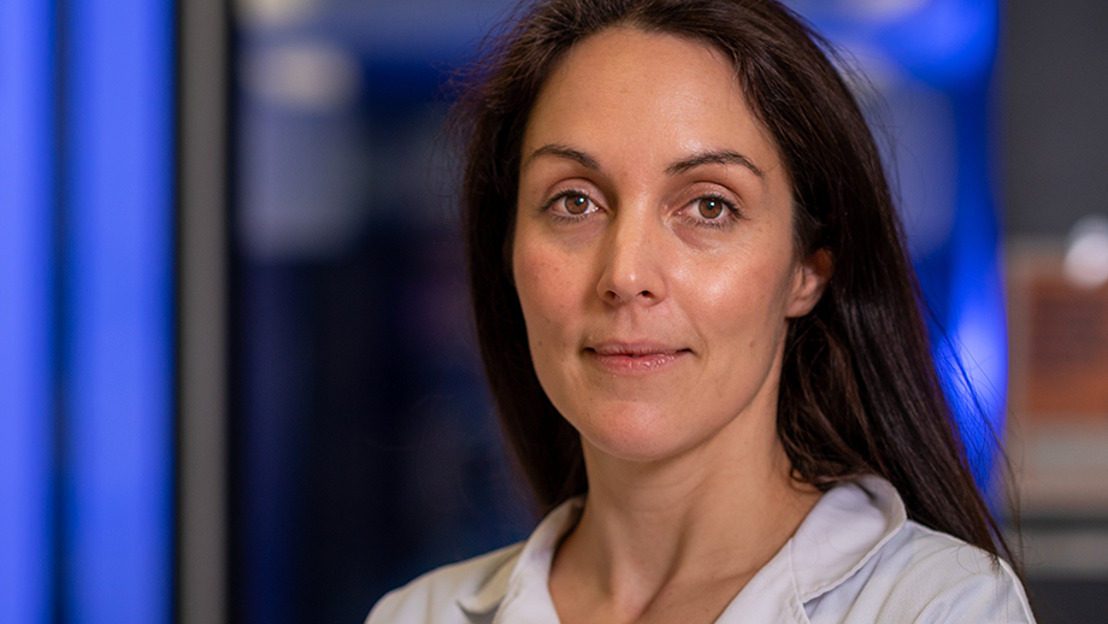 Wednesday, June 24, 2020 — Life-saving research into how the human immune system can hunt down and eradicate cancer has been given an $8 million boost from Canberra’s Terry Snow and the Snow family.

One of three inaugural Snow Fellows to be awarded this year, Dr Marian Burr, will join the John Curtin School of Medical Research (JCSMR) at The Australian National University (ANU) in May 2021. The fellowship funding will support her leading cancer research for eight years, with $1 million per year.

“The Snow Fellowship provides a tremendous opportunity for me to focus on unlocking the power of cancer immunotherapy—an emerging treatment which uses the power of a patient’s immune system to help hunt down and destroy cancer,” Dr Burr said.

“Cancer immunotherapy is revolutionising the treatment of many cancers and is leading to dramatic improvements in survival.”

Dr Burr will use her Snow Fellowship to build on her current research examining ‘immune checkpoint inhibitors’—or ICI. This therapy activates T cells in the patient’s own immune system to find and eliminate cancer.

“It’s like shining a spotlight on the cancer cells which the T cells then see and target. ICI therapy can lead to long-term complete remission, even in patients with very advanced cancers,” Dr Burr said.

“What is so exciting is the incredible potential immunotherapy has to wipe out cancer that has spread to different parts of the body. And for some cancers that’s a complete game-changer.

“Using cutting-edge technologies, my team will build on our recent discoveries to enhance immune targeting of aggressive cancers—such as lung cancer, melanoma and leukaemia, and to better understand the mechanisms cancer cells use to hide or shield themselves from the immune system.

“The Snow Fellowship offers a unique opportunity to establish a world-leading research laboratory at JCSMR with sustained funding to continue my ambitious research program. I am extremely honoured and grateful to be a Snow Medical fellow.”

“At this important time of health and economic challenge for Australia, this is real leadership for our best and brightest young research leaders," Professor Schmidt said.

“The Snow Fellowship has brought one of the world’s most promising early-career cancer researchers to ANU and Canberra—an outcome that would not only benefit Australia but the world.

“Cancer is a killer, and it has been a terrible killer for many years. But in Marian, cancer has a formidable enemy, and the work she will undertake as part of this research program will give hope to many both now and in the future.

“I want to thank Tom Snow, the Snow Medical Research Foundation, and Terry Snow for their incredible generosity and support—and their vision to back Marian’s vital and life-changing research.

"Investing in people, attracting and keeping the best and brightest, like Marian who has come to Australia from Cambridge in the UK, is essential for Australia.

“Building on 70 years of leadership at ANU and JCSMR, this fellowship complements our own focus on multidisciplinary research excellence, engagement across government, community and business, and will help develop highest quality cancer treatments and healthcare.”

The Chair of the Snow Medical Research Foundation, Tom Snow, has congratulated Dr Burr and the other two Snow Fellowship recipients.

“The Snow family are excited to unveil the Snow Fellowship program and to bring Marian to ANU. We are confident that establishment of Marian’s team in Canberra will accelerate the provision of advanced cancer care to the Canberra community.

‘’Snow Medical is focused on funding the next generation of research leaders in Australia.

“Marian’s unique skillset as a research pathologist, her exceptional track record at Cambridge, and the transfer and expansion of her research to Australia show she has the potential and determination to make a major impact in cancer treatment.

“We believe that with financial backing, Marian will produce paradigm-shifting research that wouldn’t otherwise be possible.”

About Dr Marian Burr
Dr Marian Burr is an outstanding early-career researcher and academic pathologist currently based at the Peter MacCallum Cancer Centre (PMCC) and Royal Melbourne Hospital, where she is seconded from Cambridge University on a Cancer Research UK Clinician Scientist Fellowship. With expertise in cancer immunology, molecular biology and cellular pathology, she has made significant discoveries in her short research career that have important implications for drug discovery and immunotherapy.

About Snow Medical Research Foundation
The newly established Snow Medical Research Foundation, Snow Medical, is the creation of Canberra’s Snow family and is a vision of businessman and philanthropist, Terry Snow. Snow Medical’s pivotal program, the Snow Fellowships, targets emerging global research leaders that show the potential to drive, manage and influence the next generation of health and medical innovation. The eight year Snow Fellowship funded at up to $1million per year, provides outstanding biomedical researchers the independence to focus on building ambitious multidisciplinary research programs and teams capable of changing the face of healthcare in Australia and globally.

About Terry Snow
Terry Snow is the founder of Snow Medical, the Executive Chairman of Canberra Airport as well as owner of Willinga Park.  In 2006, Terry was awarded an Order of Australia for his contribution to the city of Canberra, as well as for his charitable work through the Snow Foundation. In October 2009 Terry was announced as the inaugural recipient of the Canberra Business Council’s Chairman’s Award for his significant individual contribution to the economic development of Canberra and the capital region.

About Tom Snow
Tom Snow is Chair of the Snow Medical board and was a founder and Co-Chair of the Equality Campaign, which led and won the successful YES postal plebiscite on marriage equality. He is a Rhodes Scholar, with a Masters in Economics, Bachelor of Science and Bachelor of Economics (Actuarial Studies).

He is a founder of Whitehelm Capital, one of the world’s largest independent infrastructure managers with $6 billion in assets under management. As a Fellow of the Australian Institute of Company Directors, he has had roles including director of Perth Airport, Canberra Airport, Bankstown Airport, Port of Adelaide / Flinders Ports, Etihad Stadium, Peninsula Link, International Parking Group and Whitehelm Capital. Tom Snow was born and raised in Canberra and has served as chair of the Canberra Convention Bureau, chair of Equality Australia, director of the Australian Science Festival and director of the Rhodes Scholarships in Australia. He is also a proud father of three kids.