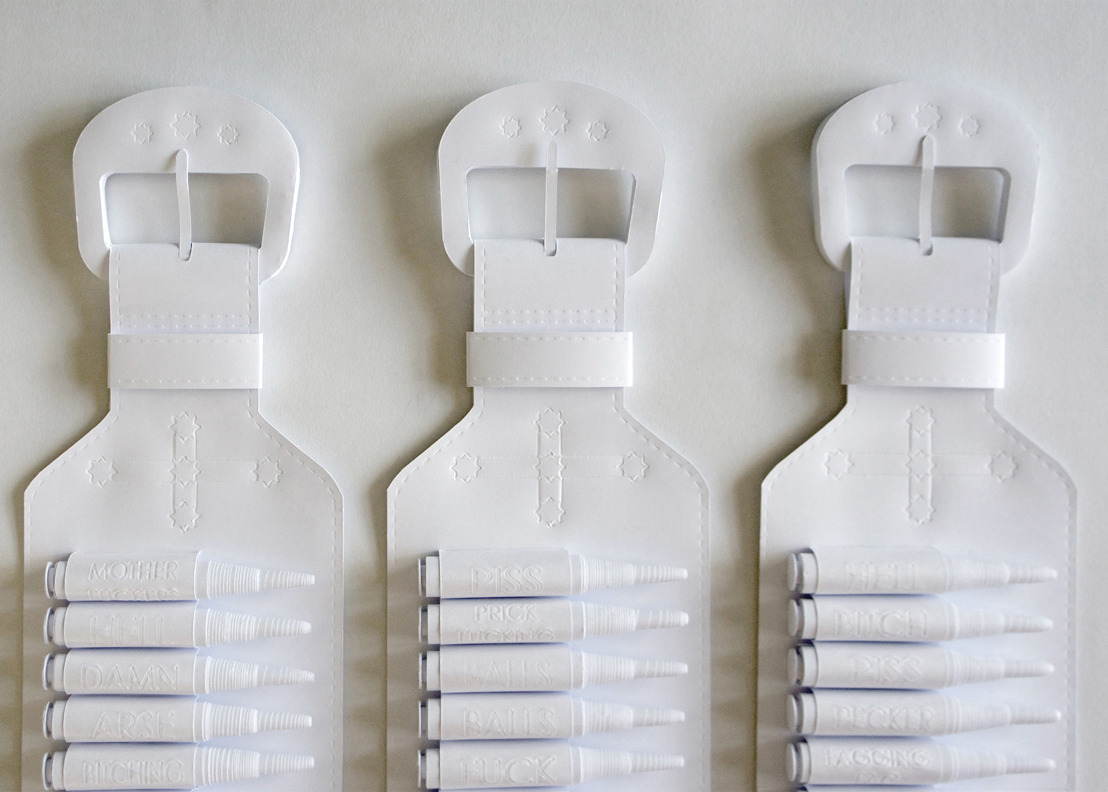 The vitriolic abuse directed towards Australian politicians on Twitter has been brought to life as artworks as part of The Australian National University (ANU) 2017 Vice Chancellor's College Artist Fellows Scheme.

The scheme pairs ANU School of Art and Design PhD and Honours students with academic researchers to work collaboratively across a range of disciplines.

The result is a series of sculptural works, including one where abusive tweets are represented as bullets in an ammunition belt. Ms Fullerton said she was shocked when she first saw the data from Dr Ackland’s research.

“I couldn’t believe the amount of anger that was out there, it’s just incredible. It goes very quickly from a very simple conversation to firing up,” Ms Fullerton said.

“Part of what was so shocking is that some of the comments coming back from the politicians were just as abusive.

“Access to this data has given me the opportunity to discuss the use of abusive language on social media as a new and accepted form of public discourse, like a digital version of toilet door graffiti, with users eagerly slandering and defaming public figures.

“The resulting work is part data visualisation and part social commentary – inspired and informed by data and expressed through the physicality and emotive language of sculpture.”

One of her works titled, We the people: Shooting from the hip, comprises 15 ammunition belts representing 15 days of 2016 – seven days before the federal election on 2 July, Election Day itself, and seven days after.

“The number of bullets in each belt corresponds to the number of abusive tweets aimed at Australian politicians on that day. The words embossed on each bullet holder are the abusive words that were contained in each tweet,” she said.

Dr Ackland, who works in the ANU School of Sociology, said not only did the scheme help bring his research to new audiences that would otherwise never see it, but also helped influence the direction of his work.

“For a year we’ve been tracking all the tweets that are authored by politicians or mention politicians. A slice of the Twittersphere that relates to federal politics,” Dr Ackland said.

“I can say straight off the bat that this project has helped take my research in a new direction.

“It’s helping me think about the data in different ways. It helped me explore another aspect of the internet that wasn’t in my purview.”

Ms Fullerton’s works are on display at the ANU School of Art & Design Foyer Gallery as part of the Vice Chancellor's College Artist Fellows Scheme Exhibition.