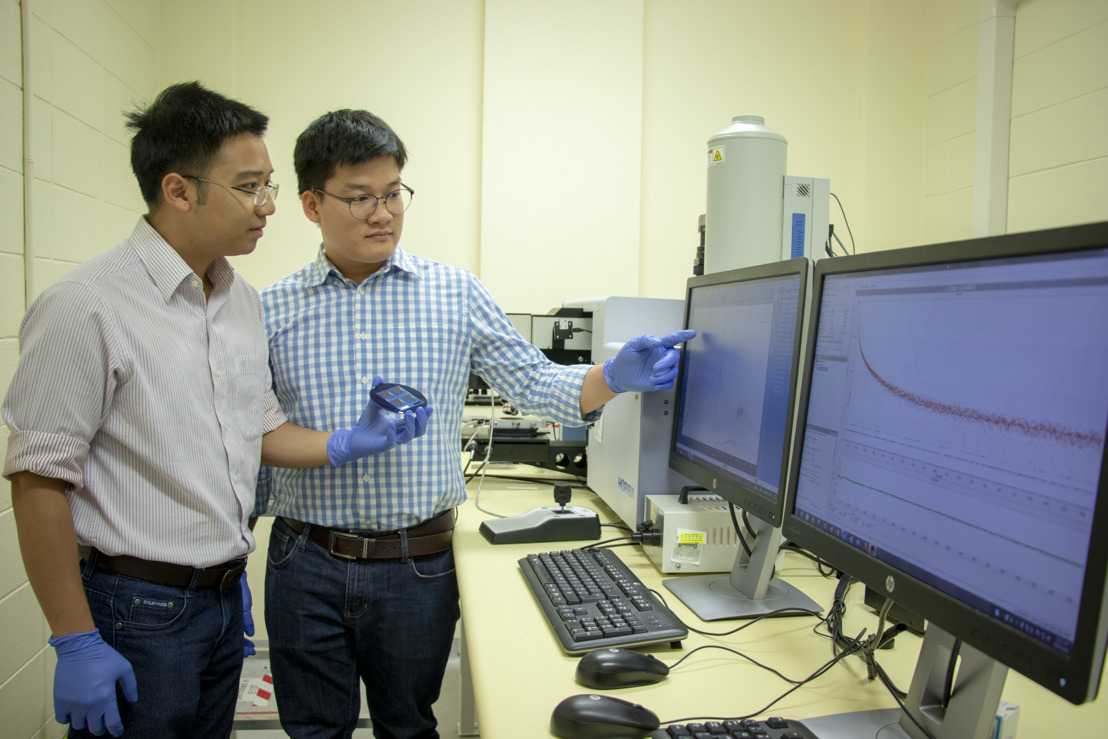 The team from ANU have been concentrating on the solar cell’s skin layer, which is 1,000 times thinner than a human hair, and is used to conduct electricity and protect the solar cell.

Previously, much of the research in this field has focused on improving the body of the cells.

Lead researcher Dr Hieu Nguyen said when hydrogen atoms are injected into a solar cell’s skin, rather than the cell body, the performance of the entire structure is boosted significantly.

“Hydrogen is the lightest element in the periodic table but extremely powerful for healing ‘wounds’ in semiconductor materials,” Dr Nguyen said.

“Unfortunately, in nature, it often exists in a molecular form (two atoms joined together). We got around this by placing another material with plenty of atomic hydrogen on top of the skin, then pushing the individual hydrogen atoms into the skin by simply heating the sample at 400oC.”

The ANU researchers initially discovered the skin layer can emit light with some very distinct qualities.

They quickly realised the presence of hydrogen atoms dramatically changes the characteristics of this light – information that can then be used to understand what’s going on inside the skin.

“When you start with high-quality silicon materials, there is limited room for improving the cell body. Thus, improving the skin layer is a very critical step for achieving highly-efficient solar cells,” PhD candidate Thien Truong said.

"These discoveries will definitely help produce more robust and more efficient silicon solar cells since we now know how to manipulate this hydrogen content inside the skin to have a better solar cell.”

This technology is expected to replace traditional solar cell technology in the coming years. Dr Nguyen said this makes the team’s discoveries very significant for both solar manufacturing and research laboratories worldwide.

“If you look at a lot of solar panels around now, many of them are already 20 or 30 years old, but now the new technology’s going to be shifting to this type of cell architecture.”

“Our discoveries will provide engineers and scientists with a powerful tool to study and improve the efficiency of this solar cell technology.”

The research papers have been published in the journals ACS Applied Materials & Interfaces and ACS Applied Energy Materials.