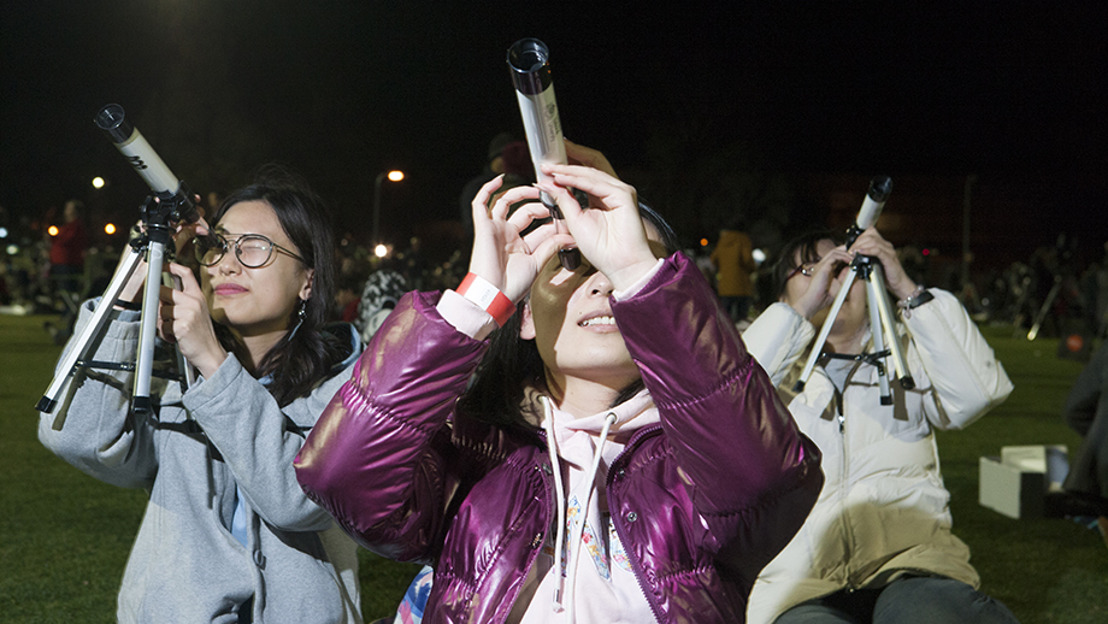 Thursday, May 24, 2018 — Astronomer Dr Brad Tucker from The Australian National University (ANU) has congratulated everyone around Australia who participated in the attempt to break the University’s stargazing Guinness World Records title on Wednesday night.

“There were hundreds of star parties around the country – which was amazing to see – and I think it is a very safe bet that we will break the record we set in 2015,” said Dr Tucker from the ANU Research School of Astronomy and Astrophysics who worked with the Australian Broadcast Corporation (ABC) to organise the record-breaking attempt.

ANU holds the current Guinness World Records title for the Most people stargazing multiple venues – just shy of 8,000 participants across 37 locations in Australia looked up to the night-sky at the same time on 21 August 2015.

“Before we get too excited, we’ll need to wait for official confirmation from Guinness World Records on Thursday night that we have broken this record,” Dr Tucker said.

“I’m proud to say that ANU hosted one of the biggest stargazing parties around the country on the night, with over 3,500 stargazers pointing their telescopes towards the moon.

“The fact that we had close to 300 stargazing parties around the country as part of the attempt to break the Guinness World Records title is just incredible.

“I’d like thank our partners, the ABC, and – most importantly – the thousands of people who came out to stargaze and hopefully set a new stargazing Guinness World Records title.”