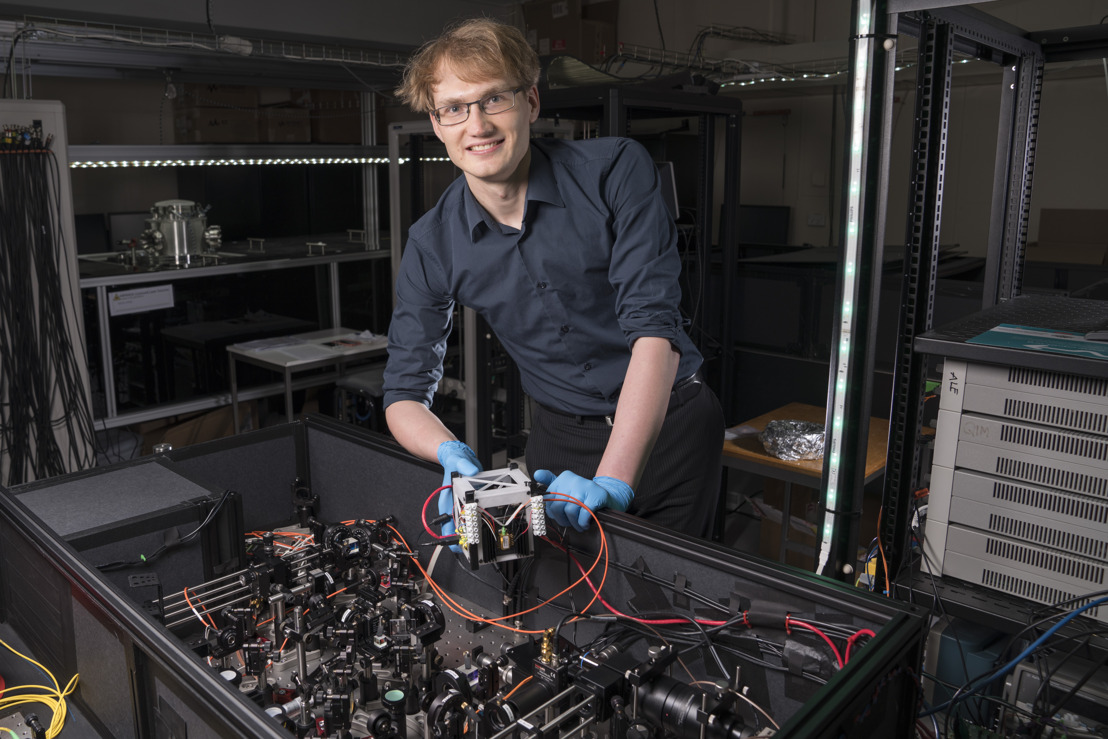 Thursday, March 14, 2019 — A new study from The Australian National University (ANU) has found a number of 2D materials can not only withstand being sent into space, but potentially thrive in the harsh conditions.

It could influence the type of materials used to build everything from satellite electronics to solar cells and batteries – making future space missions more accessible, and cheaper to launch.

PhD candidate and lead author Tobias Vogl was particularly interested in whether the 2D materials could withstand intense radiation.

“The space environment is obviously very different to what we have here on Earth. So we exposed a variety of 2D materials to radiation levels comparable to what we expect in space,” Mr Vogl said.

“We found most of these devices coped really well. We were looking at electrical and optical properties and basically didn’t see much difference at all.”

During a satellite’s orbit around the earth, it is subject to heating, cooling, and radiation. While there’s been plenty of work done demonstrating the robustness of 2D materials when it comes to temperature fluctuations, the impact of radiation has largely been unknown – until now.

The ANU team carried out a number of simulations to model space environments for potential orbits. This was used to expose 2D materials to the expected radiation levels. They found one material actually improved when subjected to intense gamma radiation.

“A material getting stronger after irradiation with gamma rays – it reminds me of the hulk,” Mr Vogl said.

“We’re talking about radiation levels above what we would see in space - but we actually saw the material become better, or brighter.”

Mr Vogl says this specific material could potentially be used to detect radiation levels onboard satellites in other harsh environments, like near nuclear reactor sites.

“The applications of these 2D materials will be quite versatile, from satellite structures reinforced with graphene - which is five-times stiffer than steel - to lighter and more efficient solar cells, which will help when it comes to actually getting the experiment into space.”

Among the tested devices were atomically thin transistors. Transistors are a crucial component for every electronic circuit. The study also tested quantum light sources, which could be used to form what Mr Vogl describes as the “backbone” of the future quantum internet.

“They could be used for satellite-based long-distance quantum cryptography networks. This quantum internet would be hacking proof, which is more important than ever in this age of rising cyberattacks and data breaches.”

“In light of the recent establishment of the Australian Space Agency, and ANU’s own Institute for Space, this work shows that we can also compete internationally in using quantum technology to enhance space instrumentations.”

The research has been published in the journal Nature Communications.