Skip to Content
Tuesday, October 30, 2018 — The Australian National University’s Professor Xuemei Bai has been awarded this year’s Volvo Environment Prize for her pioneering work on urbanisation, and urban system sustainability in Asia and globally.

The Volvo Environmental Prize is one of the most prestigious global awards recognising outstanding scientific discoveries in environment or sustainability fields.

Professor Bai from ANU Fenner School of Environment and Society said urbanisation is one of the biggest social transformations of our time.

With more than two thirds of the world’s population expected to live in urban areas by 2050, Professor Bai’s research focuses on understanding the drivers and impacts of urbanization, cities as human dominant complex systems, and sustainability transition, with particular focus in Asia and the “Global south”. Cities that are growing at rapid rates, such as Lagos in Nigeria and Guangshou in China, are struggling to keep up with the environmental pressures of population growth.

“We need to approach cities as a human-dominant complex ecosystem, and unleash the potential of cities as a key actor in global sustainability. If we do that, I believe there is a bright future for humans and their cities.”

Professor Bai has an interdisciplinary background, and has done a lot of pioneering research on urban environmental management and urban sustainability, and significantly contributed to the now established understanding of cities as a major driver of global environmental change, major bearer of the impacts, and a source for solutions to these problems.

ANU Vice-Chancellor Professor Brian Schmidt AC said he was thrilled Professor Bai’s research had been recognised with such high honour as the Volvo Environment Prize.

“Xuemei Bai is front of the times, her work here is absolutely poignant to the problems of the day,” he said.

“The study of urbanisation and making that sustainable is almost certainly going to be established as a broader discipline around the world.”

Professor Bai will receive her award at a ceremony in Stockholm in November. 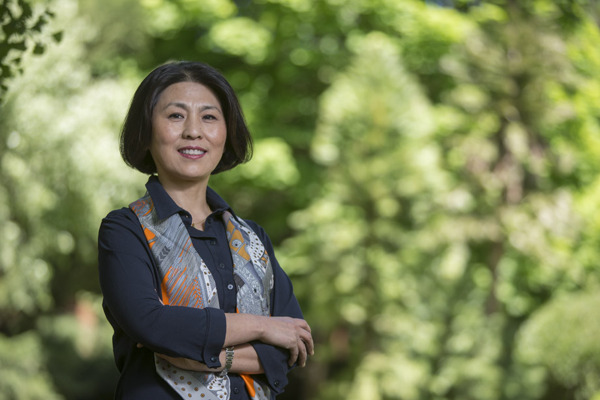