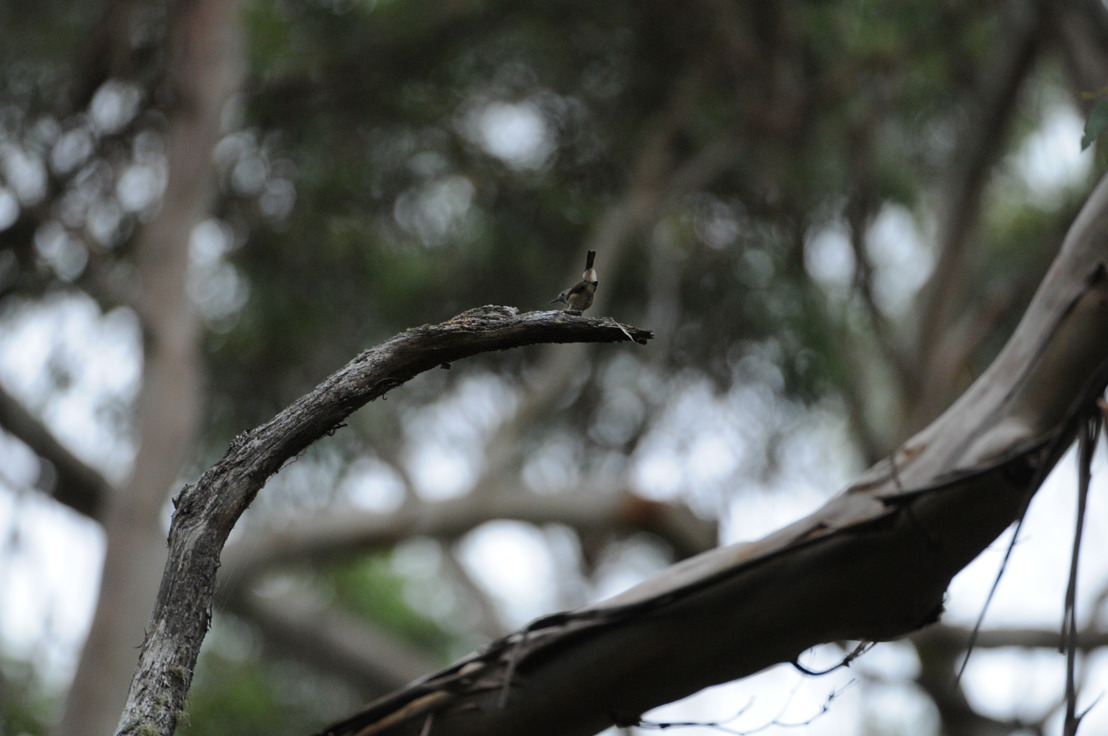 Tuesday, March 19, 2019 — A new study has found two critically endangered bird species feared to be near extinction on King Island in the Bass Strait are not only still alive, but their populations may be larger than previously thought.

Previous attempts to study the species have been hindered by the challenging, leech-infested terrain on King Island.

“I am excited because our new methods revealed that thornbill and scrubtit populations are larger than previously thought.”

The rare brownish birds are about the size of a ping pong ball, making them even more difficult to spot in the dense, swamp forests.

Scientists from ANU teamed up with Cradle Coast Natural Resource Management (Cradle Coast NRM), BirdLife Australia, Tasmanian Government and the Cradle Coast Authority, to conduct the first large-scale survey of the island’s swamps and forests for the tiny birds.

The scientists looked for birds across the island, conducting more than 600 bird surveys over a three-week period.

Using a new survey method developed to target the birds, the researchers were able to gather detailed information about where both species live on the island.

“Across the island, we found scrubtits at more than 60 different sites, and thornbills at more than 20 sites. We even detected brown thornbills on private land away from the only previously known population,” Dr Webb said.

The expansion of the known range of the brown thornbill is a breakthrough, as it had been assumed the birds were confined to one forest patch.

The number of sites where the species were detected has provided hope that populations of both species are larger than previously thought.

“We are very excited to hear that thornbills occur in more than one place” said Anna Wind, Coastal Coordinator, Cradle Coast NRM.

“This survey has been instrumental in identifying new and existing populations of these threatened birds. We can now work with landowners to protect and enhance habitat to preserve these important species”.

It is hoped that the new methods developed by the team can be expanded to find more birds elsewhere on the island.

“These birds are part of King Island’s unique natural heritage, and we are thrilled we’ve discovered a new, efficient way to find them,” said Dr Jenny Lau from BirdLife Australia.

“In June, the King Island community will host a workshop to plan for these birds’ recovery and the results of this survey will ensure conservation efforts can be targeted at the right places.”

“We are delighted to have funded such important research and I look forward to receiving the full report in the coming months”.