Skip to Content
Monday, November 12, 2018 — A new study from The Australian National University (ANU) has revealed new insights into ancient fishing throughout history, including what type of fish people were regularly eating as part of their diet.

The study looked at fish bones unearthed in an archaeological dig on the Indonesian island of Alor - home to the world's oldest fish-hooks ever found in a human burial site, dating back to about 12,000 years.

Lead archaeologist Dr Sofia Samper Carro of the ANU School of Archaeology and Anthropology said on the study identified a shift in fishing behaviours about 7,000 years ago.

“People on Alor people were fishing for open water species about 20,000 years ago, then about 7,000 years ago they started to fish exclusively for reef dwelling species,” she said.

Dr Samper Carro said a similar pattern was identified on the nearby island of Timor, indicating that the change in behaviour was due to environmental circumstances.

“It seems to be due to changes in sea levels and environmental conditions, although human-induced changes cannot be ruled out,” she said.

The results were made possible through the use of an analysis method traditionally used in biology to identify fish habitat in archaeological material.

Dr Samper Carro said she was forced to experiment with a new approach due to the difficulty in determining the difference between the very similar looking bones of the area’s 2,000 known species of fish.

“This study is the first time researchers have been able to reliably determine fish habitat using vertebra through this method, and represents a significant step forward in being able to track human behaviour throughout history,” Dr Samper Carro said.

“Most of the bones you find in archaeological sites are vertebra, which are very complicated to identify to species and all look very similar.

“I spent probably five months trying to match each fish vertebra to a species and I think I got through 100 out of 9,000 bones, so I needed to find another method.”

Dr Samper Carro instead turned to geometric morphometrics, a process that looks at slight differences in size and shape of physical objects. Using more than 20,000 digital images and plotting 31 points on each bone, she was able to digitally identify the likely habitat from each vertebra.

The research has been published in the November issue of the Journal of Archaeological Science: https://www.sciencedirect.com/science/article/pii/S030544031830551X 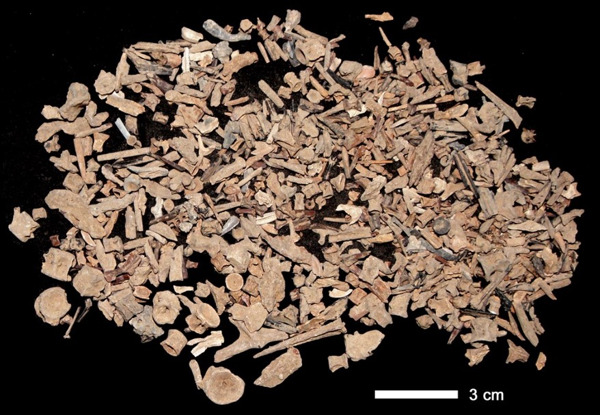