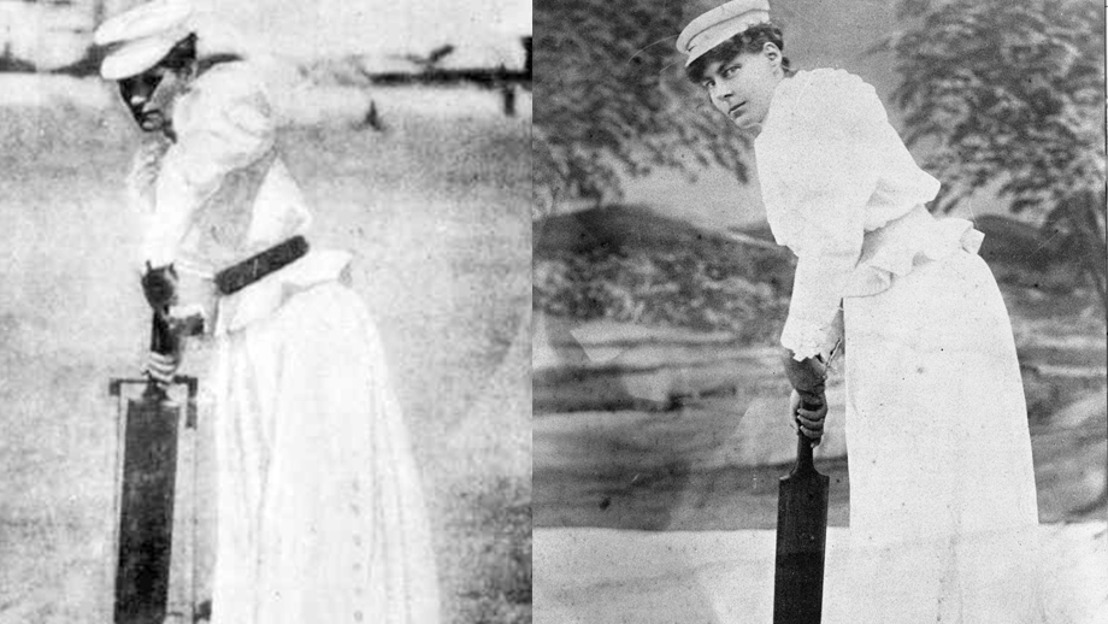 Thursday, December 20, 2018 — While the nation follows the fortunes of our men and women’s cricket teams over summer, The Australian National University (ANU) and the Sydney Cricket & Sports Ground Trust (SCGT) are shining a light on the dawn of women’s cricket in New South Wales, pioneered by the Gregory sisters in the 1880s.

The sisters, Nellie, Louisa, Alice and Gertrude, were members of cricket’s famed Gregory family; daughters of Ned Gregory who with his brother David played and captained Australia’s first cricket test against England in 1877.

Ned’s sons Charles and Syd were also cricket stars with Syd playing 58 Test matches for Australia between 1890 and 1912.

Now the National Centre for Biography, based at ANU, is writing the less famous Gregory sisters back into history with new entries in the forthcoming Australian Dictionary of Biography (ADB) to complement the existing entries of their father, siblings and extended male family members.

“As well as being among the first women players in NSW, Nellie and Louisa Gregory actually drove the development of women’s cricket, with Nellie organising matches and teaching cricket to girls in schools. Yet we know very little about them,” said Christine Fernon of the National Centre for Biography.

Madeleine Lindsell, Museum Assistant at the SGCT has written an obituary for Nellie and Louisa Gregory for the ADB’s obituaries project and will write the ADB entry for them.

“Nellie, Louisa, Alice and Gertrude Gregory literally grew up playing cricket with their brothers, Syd and Charles, but not in a Redfern alley. Rather they played on what is now the Sydney Cricket Ground where their famed cricketing father, Ned Gregory, had the job as the first curator of the ground, then known as the Military and Civil Ground.

“Under such prestigious tutelage, the Gregory sisters became fierce and skilful cricketers in their own right.”
Ms Lindsell said Nellie emerged as the best batswoman of the four and Louisa became a great all-rounder, noted wicket keeper and good slow-bowler.

They each captained a side in the first ever women’s match played in NSW in 1886. The teams were the Siroccos and the Fernleas.

“Every bowler dreams of a five-wicket haul, but in that first match, Nellie Gregory took eight wickets for 37 runs in the first innings, then followed it up with six for a mere 12 runs in the second,” said Ms Lindsell,

“Playing for the opposing team, her sister Louisa achieved six for 14 and three for 25 with Nellie top-scoring in both her side’s innings.

“Unfortunately, this was at a time no one really took women’s cricket very seriously and matches were played as novelty fund-raisers or for spectacle,” said Ms Lindsell,

“One match had the Gregory sisters in a team against ‘The Actors’; members of the JC Williamson theatrical company, dressed in full outlandish costume”.

She said while Nellie and Louisa were supported and encouraged by their family, the wider community was divided.

“People wrote letters to the paper saying it was unacceptable, some were concerned you might see a flash of women’s legs in public. There was quite a backlash because the dominant male opinion at the time was that ‘the glorious old sport of Cricket should only be played by men’.”

“As far as the SCG is concerned, the really were part of the fabric of our site. They are our First Family. The whole family – men and women - was instrumental to the development of cricket at the SCG. To me they’re our royalty,” said Ms Lindsell.