Skip to Content
Tuesday, May 23, 2017 — The Australian National University (ANU) School of Music today unveiled a new recording studio that will be the cornerstone of the school’s vision as the world’s leading 21st century music school.

The new studio will give Australian musicians and bands access to a world-class facility with equipment on par with some of the great recording studios, including Abbey Road in London and Ocean Way in Los Angeles.

Head of the ANU School of Music Professor Kenneth Lampl said the new facility would be the training grounds for the next generation of young music artists and researchers in Australia.

The studio was made possible through the work of the School’s Music Technology Convenor Associate Professor Samantha Bennett.

Professor Bennett received funding from the ANU to install the industry-leading Neve Genesys console and revamp the out-dated studio.

“The creative research and educational value is huge. Recording opportunities will underpin all of our majors especially in the delivery of our new undergraduate Composition for Film and Video Game Major, as well as being an invaluable resource for postgraduate students and researchers,” Professor Bennett said.

The studio includes a custom-made, 48-channel Neve Genesys console - an elite audio recording console and the largest of its kind in Australia. It will allow for flexible analogue, digital and hybrid recordings.

“The new studio and console will also be able handle full orchestral recordings, with more than 100 new lines linked to the nearby concert venue Llewellyn Hall,” Professor Bennett said.

AMS Neve is a renowned manufacturer of mixing consoles. Neve consoles are installed in some of the world’s most famous studios including Abbey Road in London and Ocean Way in Los Angeles.

Mark Opitz, a Visiting Fellow at the School and a multi-ARIA award-winning record producer, said he is impressed with the new equipment at ANU.

"The School has built a world-class recording facility capable of recording the most intimate solo performance up to a large scale orchestras,” Mr Opitz said.

"This bodes well for all students choosing to study any genre of music at ANU.”

Staff and students will be able to use the new recording studio from June. 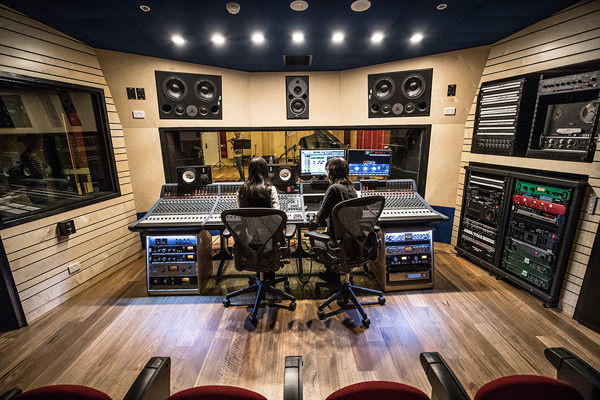