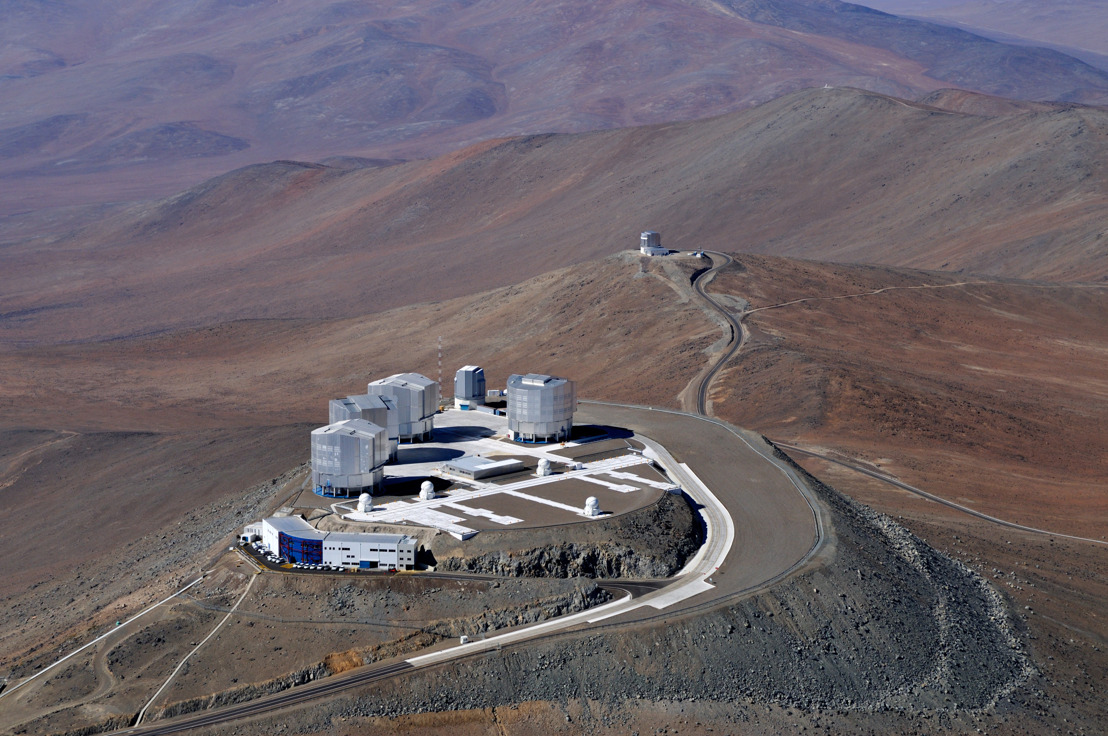 Wednesday, May 10, 2017 — The Australian National University has welcomed the announcement in the federal Budget that the Australian astronomy community will gain access to telescopes in Chile through a 10-year strategic partnership with the European Southern Observatory (ESO).

The Australian Government committed $26.1 million to enable Australia to enter an agreement with ESO from 2018 to maintain Australia’s optical astronomical research that helps to advance humanity’s understanding of the Universe.

The commitment also includes ongoing average funding of $12 million a year until 2027-28.

ANU, Astronomy Australia Limited and other national research institutions have for several years identified a critical need for Australian astronomers to have access to large optical telescopes through an international partnership.

ANU Vice-Chancellor and Nobel Laureate Professor Brian Schmidt said access to ESO’s facilities and other infrastructure such as the next-generation Giant Magellan Telescope (GMT) and Square Kilometre Array (SKA) radio telescope is critical to the future of Australian astronomy.

“Australia’s participation in multinational collaborations like the partnership with ESO, and the GMT and SKA projects, will advance our scientific and industrial capabilities,” Professor Schmidt said.

“The ANU is committed to working with the Government to access state-of-the-art research infrastructure that will enable world-leading science and innovation.

“I’d like to thank Senator Arthur Sinodinos for taking this initiative and solving a long-standing problem that has been facing astronomical researchers in Australia.”

ESO operates a suite of large optical telescopes in Chile, one of the premier sites for optical astronomy globally.

Professor Schmidt said ANU would also lead a coalition of Australian universities to operate the Anglo-Australian Telescope (AAT), the largest optical telescope in Australia, until at least 2024. The university coalition will take over operation of the AAT from the Australian Astronomical Observatory.

“The AAT has been the heart of optical astronomy in Australia for many years and we are keen to ensure that it continues to make a significant contribution to Australian and world astronomy,” Professor Schmidt said.

“These arrangements for ESO and the AAT are the result of a collaboration between the Government and Australian universities to support astronomical research in this country.”

The Government’s announcement has received broad support from the Australian astronomical research community.

Professor Rachel Webster, Chair of Astronomy Australia Limited and Professor of Astrophysics at the University of Melbourne, said:

“Astronomy Australia Limited, as a consortium of the Australian universities and research institutions involved in astronomical research, strongly supports the Government’s announcement. Access to ESO is a really high priority for AAL, and we will be making a substantial commitment in support of that effort.”

“The ESO is the premier optical astronomy facility in the world. The Government has secured the future of one of Australia’s leading scientific disciplines through this far-sighted initiative.”

Professor Tim Bedding, Head of School of Physics at the University of Sydney, said:

“Astronomy is an area of science in which Australia excels. This announcement will allow our astronomers to continue their excellent work by providing access to the world's best observing facilities.”

“Australian astronomers have been seeking access to ESO for the past two decades. It is wonderful to have a partnership with one of the world's leading international research collaborations realised in this Budget.”

Professor Lisa Kewley, Director of the ARC Centre of Excellence for All-Sky Astrophysics in 3-Dimensions and Chair of the Australian Academy of Science National Committee for Astronomy, said:

“This is great news for the future of Australian astronomy, and enables us to continue our leadership of this important field. ESO’s Very Large Telescopes are at the cutting edge of research into planets, stars and galaxies, and this initiative gives us long-term access to the tools we need for our research.”

“Australian astronomers now have access to ESO, and in future the SKA and the Giant Magellan Telescope. These giant facilities will power us into the next two decades.”

Professor Karl Glazebrook, Director of the Centre of Astrophysics and Supercomputing at Swinburne University of Technology, said:

“This is a fantastic opportunity for Australians to make fundamental new advances in science and technology, and it cements the future of Australian optical astronomy for the long term.”