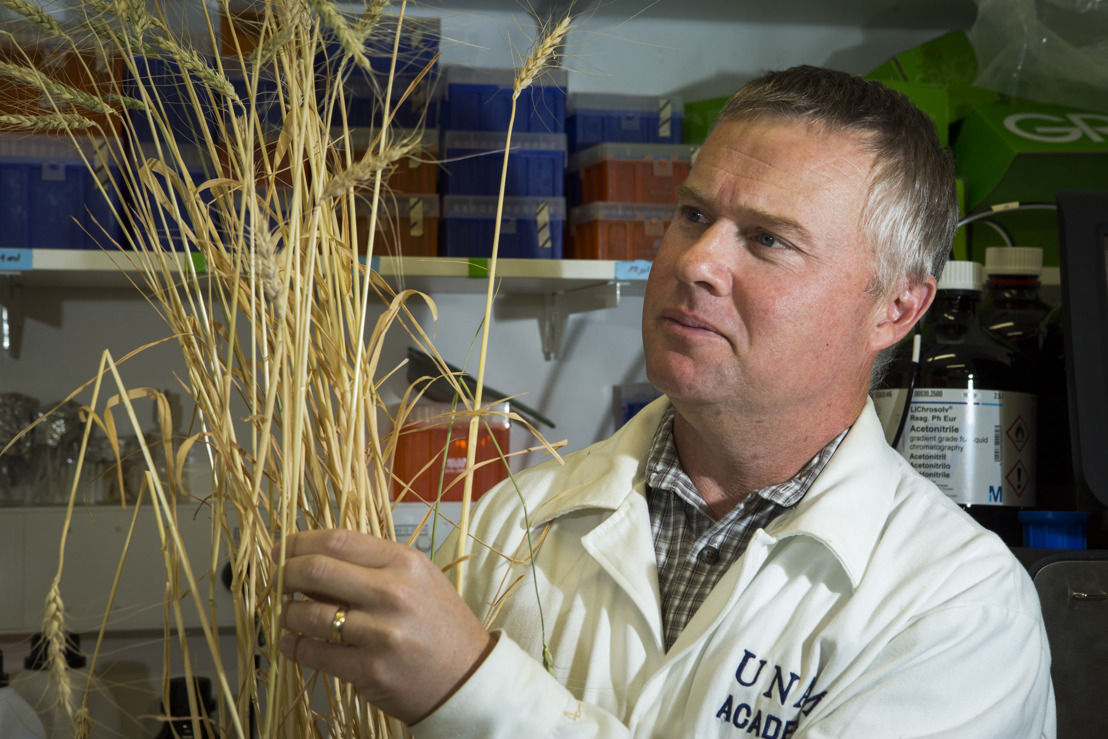 Tuesday, September 17, 2019 — Researchers at The Australian National University (ANU) have shown how Australian wheat crops would cope if a destructive disease that’s yet to hit our shores ever made it into the country.

Professor Peter Solomon from the ANU Research School of Biology tested 20 Australian wheat varieties, to see how they’d stand up to the disease.

Professor Solomon says this is encouraging considering the impact wheat blast has had on crops overseas.

“It can be absolutely devastating under the right conditions – when it’s hot and humid. We’re talking about 100 per cent loses,” Professor Solomon said.

“While Australian conditions are less conducive to wheat blast, an outbreak would significantly impact wheat yields in affected areas.

“Most of the diseases we deal with here in Australia you’re looking at more like 10-15 per cent loses, and they can typically be controlled by existing practices such as growing resistant varieties or using fungicides.

“But conventional approaches haven’t been effective in controlling wheat blast, and once symptoms of the disease first appear, it can wipe out an entire crop in around 10 days. Unfortunately once the disease is established, growers often have to burn the crop to the ground to reduce the risk of it spreading.”

In terms of diseases, wheat blast is a new threat. It first showed up in 1984, and is primarily found in South America and Bangladesh.

“The disease showed up in Bangladesh about three to four years ago, which means it nearly has a land bridge to Australia,” Professor Solomon said.

“Our crops have obviously never seen this fungus before, so the Australian wheat industry is concerned about what will happen if this thing ever gets here.”

Professor Solomon says if wheat blast did ever arrive in Australia, it would have a significant financial impact.

“What a lot of people don't realise is that we export around $5 billion a year in wheat, it’s in the top 10 export earners for the Australian economy,” he said.

“Of that we lose 10-15 per cent of it to diseases, and they're ones we can manage; the ones we know how to deal with.

“At least we now know that some of our top cultivars have got some sort of resistance to wheat blast.”

In order to carry out the tests, the researchers had to get the seed all the way to Bolivia, a wheat blast ‘hotspot’.

“In this particular case the disease was there, it was quite strong, so it gave us a really good indication of which cultivars hold up and which ones wouldn’t,” Professor Solomon said.

“That being said, we've only tested this over one season.  Affected countries are relying on this resistance and we don't know how long it is going to hold up – these fungal pathogens are very good at getting around it.”

It’s hoped this information will help not only Australian farmers, but growers in Bangladesh and South America as well.

The study was carried out in collaboration with investment from the Grains Research & Development Corporation.