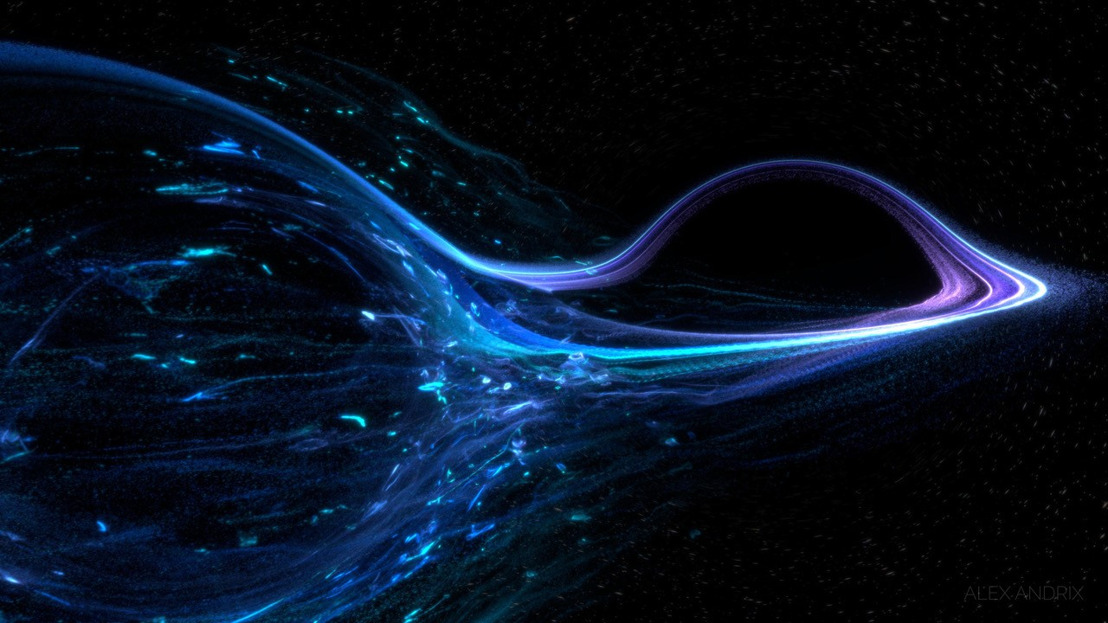 Wednesday, June 24, 2020 — A black hole around 23 times the size of the Sun has swallowed a mysterious, much smaller astrophysical object, according to new research announced today by the LIGO and Virgo gravitational wave observatories, including scientists from The Australian National University (ANU).

The gravitational waves from this surprising event were detected by the LIGO and Virgo detectors on 14 August 2019 with the signal coming from a distance of around 800 million light years.

Researchers think the mystery object is most likely either the lightest black hole or possibly the heaviest neutron star ever discovered.

Neutron stars are formed during the explosion of a giant star and are the smallest and densest type of star in the Universe.

But the object’s mass makes it especially “intriguing”.

“There is a mass gap between the mass of known neutron stars which are less massive and black holes which are more massive,” Professor Susan Scott from the ANU Research School of Physics said.

“This object falls within that mass gap, making it either the heaviest neutron star or the lightest black hole ever discovered.”

The mass of the mysterious object, at 2.6 solar masses, is similar to that of the object formed from the first ever observation by LIGO and Virgo in 2017 of two neutron stars colliding, which is thought to be a black hole.

The ANU SkyMapper Telescope scanned the area of space where the event occurred, but couldn’t find any visual clues.

“Finding light from this event would have been the smoking gun that proved we had just made the first ever observation of the merger of a black hole with a neutron star,” Professor Scott said, who is also Leader of the General Relativity Theory and Data Analysis Group at ANU and a Chief Investigator with the ARC Centre of Excellence for Gravitational Wave Discovery (OzGrav).

“But due to the very unequal masses of the colliding objects and because this event was so far away, the absence of any visual clues is consistent with either a binary black hole merger or the merger of a black hole with a neutron star.”

The ‘ripples’ from the event also add further weight to a well-known scientific theory, according to OzGrav postdoctoral researcher Dr Terry Mcrae from ANU.

“The theory of general relativity predicts changes in the gravitational waves produced when very different sized objects are involved in the collision. This event confirms that prediction,” Dr Mcrae said.

“This further cements general relativity as the most successful theory in physics of the modern era."

LIGO is funded by NSF and operated by Caltech and MIT, which conceived of LIGO and led the Initial and Advanced LIGO projects. Financial support for the Advanced LIGO project was led by the NSF with Germany (Max Planck Society), the U.K. (Science and Technology Facilities Council) and Australia (Australian Research Council-OzGrav) making significant commitments and contributions to the project. Nearly 1300 scientists from around the world participate in the effort through the LIGO Scientific Collaboration, which includes the GEO Collaboration. A list of additional partners is available at https://my.ligo.org/census.php.

The Virgo Collaboration is currently composed of approximately 350 scientists, engineers, and technicians from about 70 institutes from Belgium, France, Germany, Hungary, Italy, the Netherlands, Poland, and Spain. The European Gravitational Observatory (EGO) hosts the Virgo detector near Pisa in Italy and is funded by Centre National de la Recherche Scientifique (CNRS) in France, the Istituto Nazionale di Fisica Nucleare (INFN) in Italy, and Nikhef in the Netherlands. A list of the Virgo Collaboration members can be found at http://public.virgo-gw.eu/the-virgo-collaboration

The Kamioka Gravitational Wave Detector (KAGRA), formerly the Large Scale Cryogenic Gravitational Wave Telescope (LCGT), is a project of the gravitational wave studies group at the Institute for Cosmic Ray Research (ICRR) of the University of Tokyo. It will be the world's first gravitational wave observatory in Asia, built underground, and whose detector uses cryogenic mirrors. The design calls for an operational sensitivity equal to, or greater, than LIGO. The project is led by Nobelist Takaaki Kajita who had a major role in getting the project funded and constructed.