Skip to Content
Monday, December 10, 2018 — New collaborative research between The Australian National University (ANU) and Indiana University is aiming to make democracies more resilient at a time when they are under increasing strain.

One key finding is that the US should adopt aspects of Australia’s voting system, which is less vulnerable to cyber-hacks.

Australia’s ‘old fashioned’ pencil and paper ballot system and its central electoral body make it more secure in the era of hacks and interference.

Security expert Professor Matthew Sussex of the ANU National Security College at the Crawford School organised the ANU part of the delegation. He said while Australia’s pencil and paper voting system could be seen as archaic, it was very difficult to be hacked.

“The US has privatised the process of counting votes and tabulating data. That means different layers of security and rules on how votes are collected and counted at local, state and county level.

“It’s a system with a lot of vulnerabilities that can be exploited by cyber hackers,” he said.

“If they were to move towards Australia’s pen and paper ballots and a central electoral commission, it would be a good thing for the security of US democracy.”

A different election vulnerability that both nations are facing is increasingly aggressive attempts from foreign interests to influence election results.

“The Russian Government is keen to promote a very anti-immigration and free-trade agenda because that helps undermine foreign policy priorities.

“We are seeing an increasing interest in Australian elections from the Chinese. They learn from the Russians, they are more subtle when they go about it, but it is certainly the case that there is activity designed to sway certain sections of the Australian population.”

Professor Sussex said both nations needed to work together to learn more about these threats and how to combat them.

“We have very similar problems when it comes to manipulating public opinion, particularly through social media.

“We need to know much more about where the vulnerabilities lie within the election security chain. We need to know what countries are trying to amplify what particular messages, and how to make sure democracies are as resilient as possible.” 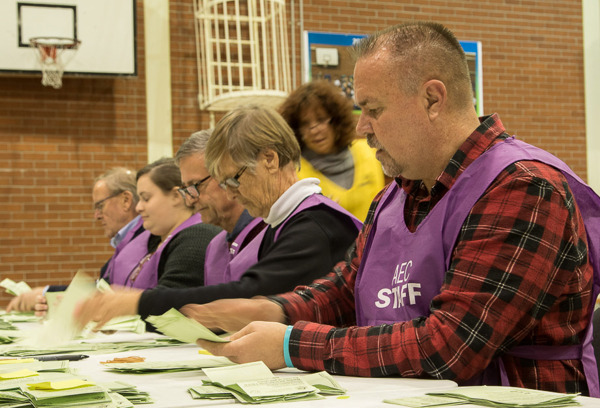