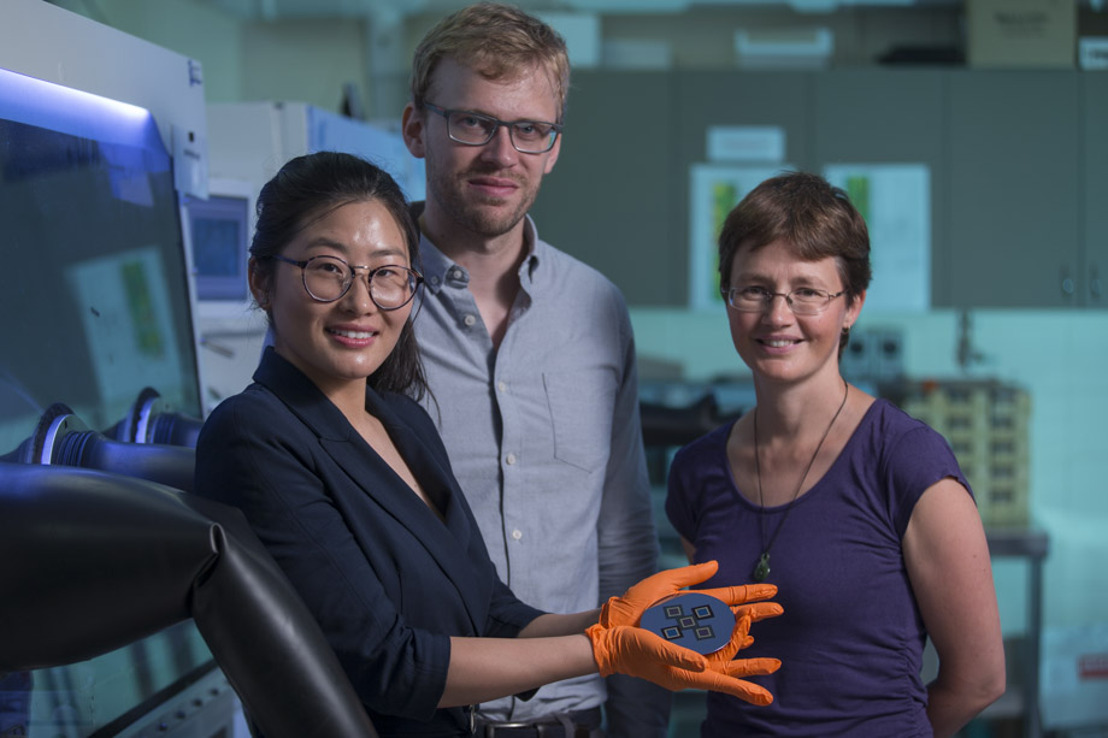 Study co-author Dr Heping Shen from the ANU School of Engineering says the current solar cell market is dominated by silicon-based technology, which is nearing its efficiency limit.

“In order to continue the transition to a renewable energy based economy, we need to keep reducing the cost of solar energy, and the best way to do that is to increase the efficiency of solar cells,” Dr Shen said.

“If we can have a cheap source of energy that is also clean – who wouldn’t want to use it?”

ANU engineers, in collaboration with researchers from the California Institute of Technology, have developed a way to combine silicon with another material (known as perovskite), to more efficiently convert sunlight into electricity.

The key is the way the materials are joined together to form what’s known as a ‘tandem solar cell’ – essentially one solar cell on top of another. The ANU researchers say theirs is one of the simplest ever developed.

“We have constructed a tandem structure that is unconventional. When engineers combine two cells they usually need to have an interlayer to allow electrical charge to be transferred easily between the two cells, so they can work together,” Dr Shen said.

According to co-author Dr Daniel Jacobs, this is a bit like making a club sandwich with extra bread in the middle – it plays a structural role, but the sandwich would taste better without it.

“We’ve found a new way to simply stack the two cells together so they’ll work efficiently with each other – we don’t need the interlayer, or extra bread, anymore,” Dr Jacobs said.

This minimises energy waste and simplifies the structure, hopefully making it cheaper and easier to produce.

“With tandems it’s crucial to demonstrate a fabrication process that is as simple as possible, otherwise the additional complexity is not worthwhile from a cost perspective”, Dr Jacobs said.

“Our structure involves one less fabrication step, and has benefits for performance too.”

Dr Jacobs says while it can be difficult to combine two materials in a tandem arrangement, once you get it right the efficiency goes up very quickly, well beyond what is possible with silicon by itself.

“We’ve already reached 24 per cent improvement in efficiency with this new structure, and there’s plenty of room left to grow that figure.”

This study was funded by an Australian Renewable Energy Agency (ARENA) grant, as part of a project in collaboration with UNSW and Monash University.

The research paper is available online.