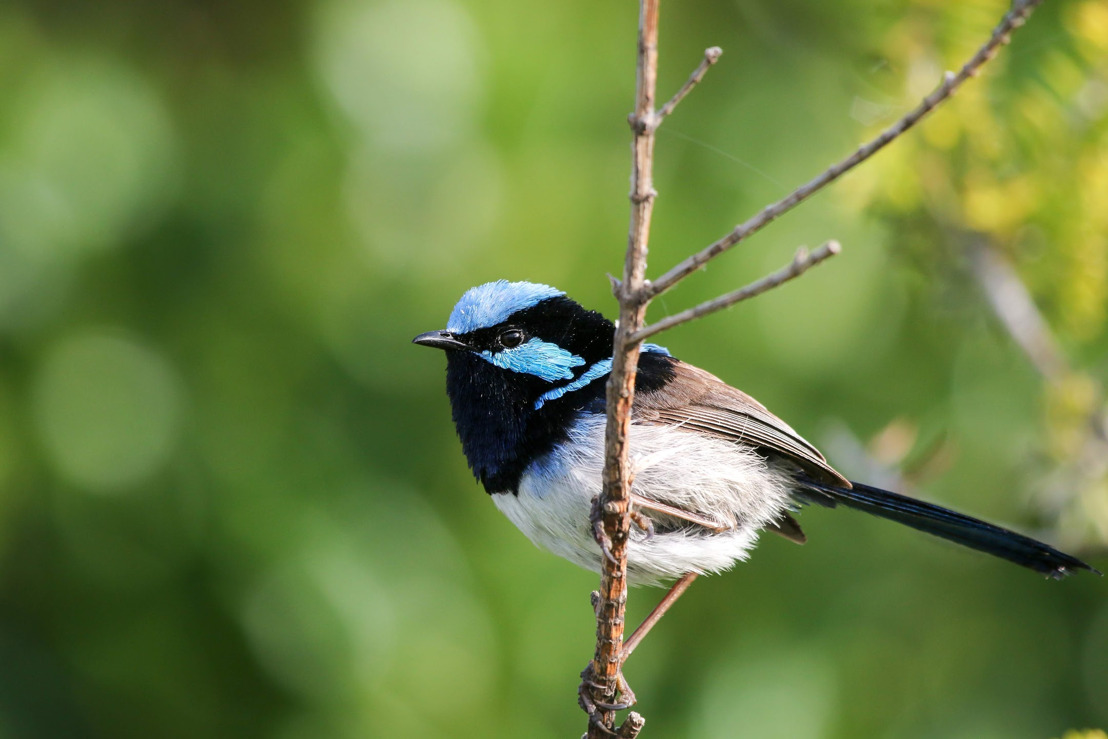 Friday, August 3, 2018 — New research involving biologists from The Australian National University (ANU) shows that some birds are just as skilled as humans at eavesdropping.

Just like humans, birds eavesdrop on conversations intended for others, including alarm calls warning of predators. They can even learn to recognise the alarm calls of other species.

The team, led by Professor Robert Magrath from the ANU Research School of Biology, discovered fairy-wrens quickly learn to respond to new alarm calls just by listening closely to the familiar sounds around them. The birds can work out that a new call means ‘danger’ without having to see a predator.

“Theoretically they could learn with their eyes closed,” Professor Magrath said.

“We knew that fairy-wrens learn to recognise alarm calls if they repeatedly see a hawk at the same time as hearing an unfamiliar call, but we suspected they could learn just by listening to familiar alarm calls, without having to see a predator at all.”

To test the idea, the team — including Dr Dominique Potvin and Dr Chaminda Ratnayake from ANU and Professor Andrew Radford from the University of Bristol — played back sounds to fairy-wrens in the National Botanic Gardens in Canberra. The idea was to see if the birds could learn to identify an unfamiliar sound as an alarm call if it occurred at the same time as a chorus of familiar calls.

“We made the experiment as realistic as possible by using stereo speakers to simulate a natural chorus of alarm calls from birds common in the Gardens. But we also snuck in an unfamiliar sound, to see if they could learn about it,” Dr Potvin said.

Prior to the experiment fairy-wrens ignored the unfamiliar sounds, but after just two days’ training with the chorus most of them fled to cover after hearing the new sound – they’d learnt it was an alarm call.

The new findings show what’s called ‘social learning’, where individuals learn from others, rather than having to learn from direct experience.

“Which is a good thing, because learning about predators by direct experience could prove lethal!” Dr Potvin said.

“Social learning is important because it can lead to rapid spread of behaviour through a population. The birds learnt this new sound means ‘predator’ without having to see a predator or even see callers fleeing for cover. Our results help explain why eavesdropping is so common across species.”

The project highlights the potential impact human interference could have on a delicate environment.

“If you drive a species to extinction it means not only is that species missing from the community, but any information that it provided about danger is also missing,” Professor Magrath said.

“In the Botanic Gardens, for example, New Holland honeyeaters are very observant and have very loud alarm calls, so they’re an important source of information about hawks for other birds. If you took away that species you’d put others in greater danger.”

“When threatened species are released into the wild after captive breeding, they often make easy pickings for predators. Our work suggests a way of teaching them to recognise alarm calls at the release site. Captive breeding programs are expensive, so any extra chance for survival is worth investigating.”