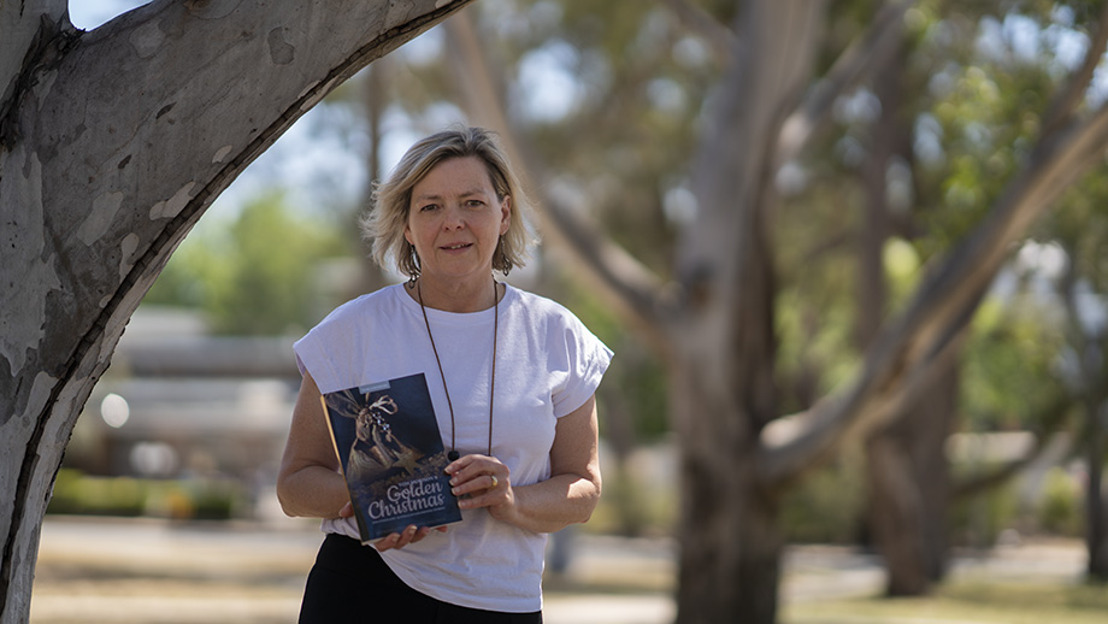 Monday, December 2, 2019 — A new book of “ripping yarns” from the Australian goldfields of the mid-1800s has put the tumultuous times and tales surrounding the Eureka Stockade rebellion back into the popular imagination.

The book has been curated by academics at The Australian National University (ANU) and draws on thousands of fictional stories published in newspapers at the time.

The Eureka Stockade uprising of miners and prospectors against government forces in Ballarat, Victoria culminated on 3 December 1854.

During this time newspapers, then the only form of mass communication, carried serialised fiction with a rich seam of tales from the diggings.

These included repeated lucky gold strikes, adventure and mis-adventure, romance on the goldfields and the interaction of colonial white Australians, Indigenous Australians and Chinese and other migrants drawn by the lure of gold.

They found over 21,000 fictional stories published in Australian newspapers between 1828 and 1914. These are all made available for anyone to explore and read online, in To be continued: The Australian Newspaper Fiction Database.

Eight of those have been chosen for the new book, Tom Morison’s Golden Christmas and Other Lost Australian Goldmining Stories, the third in the ‘To Be Continued’ series.

“There are literally hundreds of forgotten Australian mining stories in the database, so it was very difficult to choose just eight to publish,” Associate Professor Bode said.

“We chose them firstly for their entertainment and literary value – they had to be a good read and they certainly deliver on that front.

“What’s fascinating is the stories are richly peppered with characters like Chinese and other migrants, women and Indigenous Australians – often as stereotypes but nonetheless showing their definite presence on the goldfields.

“We rarely see these people in modern re-tellings of goldfield folklore and stories of the Eureka Stockade are focused on the men; the diggers were the heroes,” she said.

Dr Karen Downing, co-curator of the book, said themes from the Eureka rebellion of 165 years ago are still relevant today.

“The Eureka Stockade and the goldmining era are central to stories of workers’ rights and unionism in Australia,” she said.

“The rebellion symbolised the value of egalitarianism and a ‘fair go’ that Australians continue to feel strongly about today.

“Stories about gold actually say less about the substance itself than about the human condition.

“These stories of love and crime, loyalty and betrayal, spirituality and avarice, and the lure of gold and its corrupting influence are, in the end, universal stories that entertained readers in the 19th century and will again today.”

Dr Downing highlighted ’The Widow Blane: A Tale of the Times’, by N Walter Swan, as a compelling love story between a middle-aged woman and man, where hero and villain meet at the Eureka rebellion.

“The plot has Mrs Blane widowed after her husband went to the diggings but was led to drink, and then suicide-by-drowning, by a ruffian who turns out to be Ned Groves, a leading though fictional, conspirator of the Eureka Stockade.”