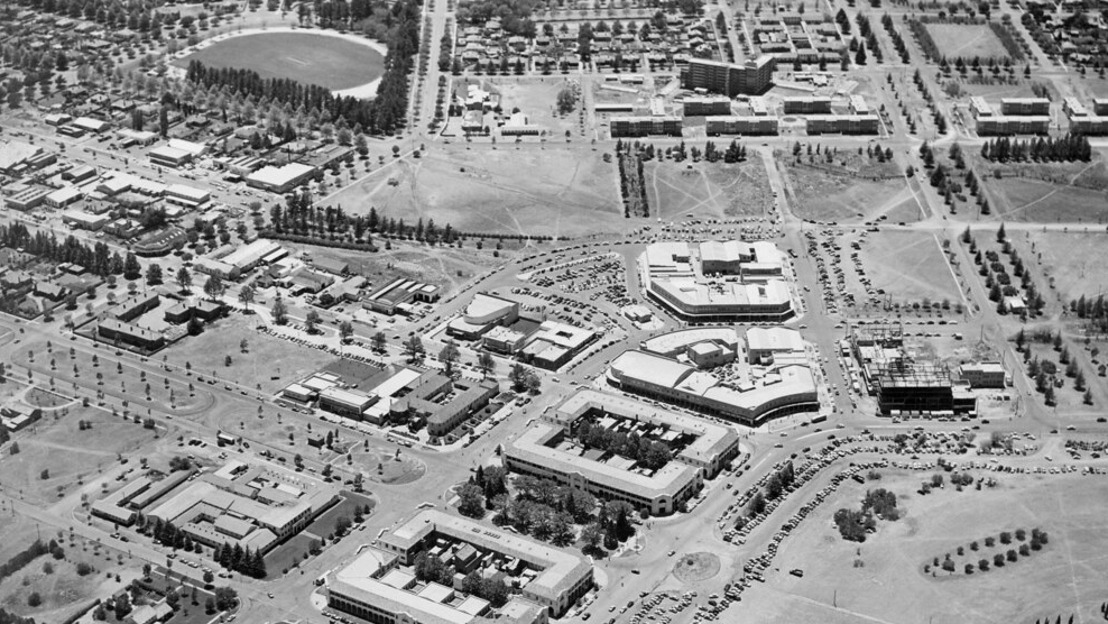 Thursday, November 21, 2019 — Remarkable people who helped shape Canberra are being immortalised in a new set of biographies produced at the Australian National University (ANU).

The region’s first Chief Constable and the much loved Greek migrant couple who ran a Curtin milk bar are among the stars in the second edition of the Australian Journal of Biography and History.

The book, which will feature ordinary people who became pillars of society in Canberra, will be launched at the Hellenic Club in Canberra by former Liberal Senator Arthur Sinodinos.

The journal’s editor, Dr Malcolm Allbrook, said biography is enormously popular in Australia as a way of understanding our country.

“Australian biography has unique characteristics and since the post war-years biography has been a phenomenon in this country, especially indigenous autobiography starting with Sally Morgan’s My Place,” he said.

“We chose the individuals to feature not only for their extraordinary tales but because they also tell Australia’s story.

“Our new journal features Patrick Kinsella, the first Chief Constable for the region before Queanbeyan was established.”

Dr Allbrook said the Canberra region, then part of Murray County when Patrick Kinsella arrived by appointment in 1838, was a lawless place with escaped convicts and bushrangers on the loose.

“He is absolutely brought to life through his police reports which showed a sheer determination to enforce the law without fear or favour across this huge area from Goulburn to Limestone Plains, and from Braidwood to Queanbeyan,” said Dr Allbrook.

“He established the court house and magistrates office at Queanbeyan and really did the ground work for the system of law in this area that was followed by those who came after him.”

The book also tells the story of the Greek migrant couple who may have been the first to make a cafe in the Canberra suburbs trendy; celebrated for its great coffee and kitsch.

“Many Canberrans will remember Vince and Viola Kalokerinos who emigrated from the Greek island, Kythera, and went on the run the much loved Curtin Milk Bar in Canberra.”

Former Chief Minister, John Stanhope, was a frequent visitor to the local establishment which became an important community landmark.

“The Kalokerinos family have really become iconic in Canberra, and through them we learn about the phenomenon of Greek migration to Australia. Kythera in the south Peloponnese came under Italian and then Nazi rule and was left devastated after World War II,” said Dr Allbrook.

“A lot of the young men came to Australia to find work and established small businesses like milk bars, fish and chip shops or barbers; they a traditionally worked hard and did long hours.

“This of course paid off because the second generation of the Kalokerinos family have gone on to be doctors, senior public servants and leaders in the Hellenic Club which is the biggest club in Canberra.”

Other biographies like that of Alfred and Margaret Rich of Gundaroo show how migration could refashion one’s past.

“This pair were teachers in the UK who suffered discrimination due to their African heritage. They established schools here, taught in them and became leading citizens of Gundaroo,” said Dr Allbrook.

“We also look at the pastoral industry which existed here before Canberra was established with Henry Babe Curran’s Ginninderra sheep station illuminating the theme of innovation and enterprise in the wool industry of Australia.”

The National Centre of Biography based at the ANU produces two editions of the Australian Journal of Biography each year, one of which is themed.

This edition was collaboration with the Canberra and District Historical Society.

College of Arts and Social Sciences.