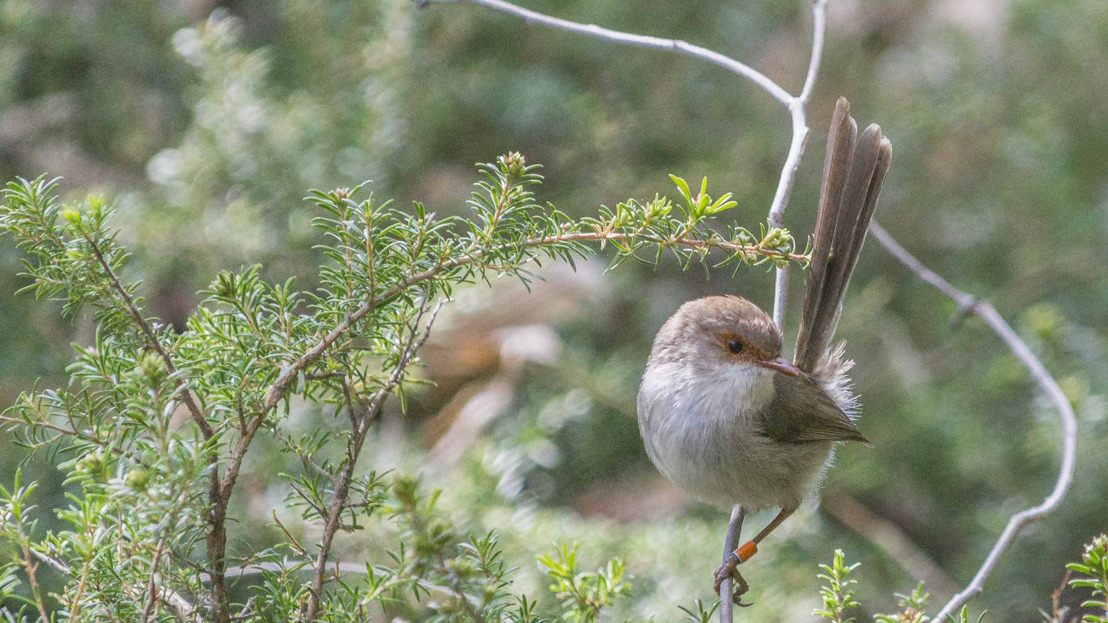 Thursday, October 10, 2019 — Warmer temperatures linked to climate change are having a big impact on the breeding habits of one of Australia’s most recognisable bird species, according to researchers at The Australian National University (ANU).

The study looked at the breeding season of superb fairy-wrens living in the Australian National Botanic Gardens in Canberra.

The research was led by Dr Lei Lv, who is visiting ANU from Sun Yat-sen University in China.

“Fairy-wrens have a very long breeding season which usually runs from around September through to February,” Dr Lv said.

“The timing varies a lot among individuals and from year-to-year. We wanted to see if this variation was connected to changes in climate.

“It turns out if the minimum night-time temperatures are milder, the birds will start breeding earlier.

“Also, if it gets really hot and dry towards the end of the breeding season, in late December or early January, the birds stop breeding earlier as well.”

The researchers also found when a female fairy-wren starts and stops breeding can have an impact on how successful they are.

“However, unsuccessful individuals kept trying until very late in the breeding season, but often to no avail. Thus, they stopped breeding later.”

The research is part of a long term study on the fairy-wrens in the Botanic Gardens that has been running for over 30 years, led by Professor Andrew Cockburn at ANU.

“Every fairy-wren in the Botanic Gardens is marked and monitored, so we have details of their full life history,” study co-author Professor Loeske Kruuk said.

“There are very few studies of this length or detail of bird species in the southern hemisphere.”

It’s hoped this wealth of data could eventually help scientists understand the effects of climate change on wild animal populations across the globe.

The study has been published in the journal Global Change Biology.