College of Arts and Social Sciences student, Rosanna Stevens, won the $5,000 Ann Edgeworth Fellowship from the ACT Writers Centre for writers under 35. She'll travel to Chicago in 2017 to work with the famed Second City improvised comedy club.

Judges said Associate Professor Bongiorno's book, which argues the 1980s was the decade Australia "packaged" itself for the world and showcased its culture such as art and music, "encapsulates a decade through a readable blend of scholarship and memory."

The panel also commented that Associate Professor Bongiorno "deftly merges political, economic, social and cultural analyses into a most accessible narrative which provides fresh insights even for those who lived through the decade."

Associate Professor Bongiorno said as he could never tell how readers would respond while working on a book, he was honoured by the recognition.

"I think academic historians do have a role to play in making our stories accessible and engaging to a broad audience, and I'd like to think The Eighties manages that to some extent," he said.

"I am grateful that the university supports those of us who are trying to write books that contribute to public understandings of our past."

Professor Nicholas Brown, Head of the ANU School of History, called his colleague's book an "exemplary work of scholarship".

"The book is a remarkable synthesis of themes drawn from the breadth of culture, politics and experience, while being written in a way that remains accessible to general and specialist readers," Professor Brown said.

"It comes from a colleague who remains deeply committed to all aspects of academic work, while also engaging in wider public debate."

ANU was proud to also have scholars Dr Merlinda Bobis (Locust Girl) and Professor Ann McGrath (Illicit Love: Interracial Sex and Marriage in the United States and Australia) shortlisted for the prize. 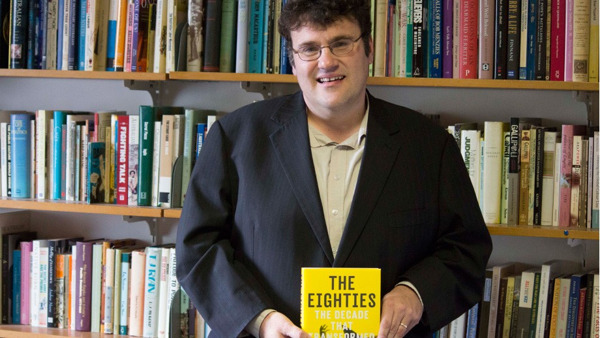