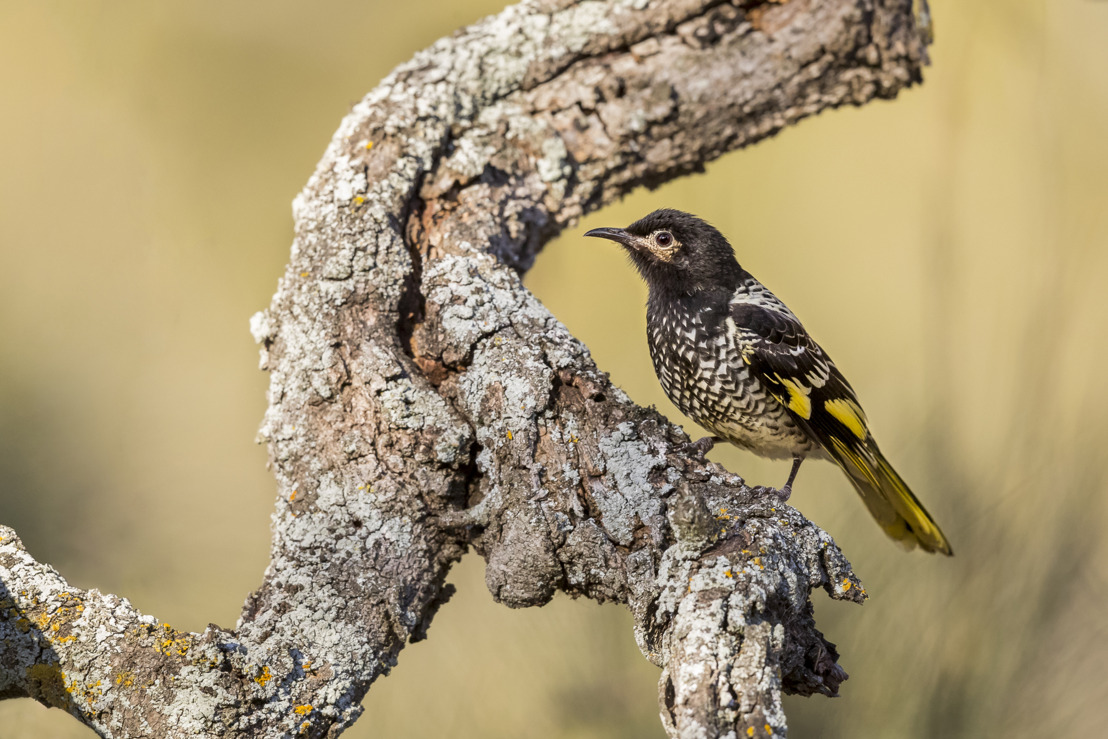 Monday, October 28, 2019 — The genetic history of a critically endangered songbird shows its best chance of survival is to protect its rapidly disappearing habitat.

Researchers from The Australian National University (ANU) used DNA samples from museums around the world, dating back to the 1800s, to study the genetic impact of severe population decline on the regent honeyeater.

Their study shows that while the birds’ genetic diversity remains intact, giving it a fighting chance, the best way to save the species from extinction is by protecting what little habitat it still has access to.

“Best estimates suggest there may be as few as 250 left in the wild,” Dr Crates said.

“The population has suffered a rapid decline due to the widespread loss of breeding habitat caused by land clearing, as well as competition with larger bird species for access to remaining habitat.”

The birds can be found from northern Victoria to southern Queensland – an area of over 600,000km2.

Because of this massive distance, studying the birds is difficult. That’s why the researchers hunted down DNA in museums.

“It’s a real challenge to locate so few birds over such a huge area,” Dr Crates said.

“Regent honeyeaters can travel hundreds of kilometres to find blossom nectar to feed on. We don’t know where they will turn up and breed from one year to the next.

“If we are going to save this species from extinction, we need to know if there is anything we can do to help maintain genetic diversity in the remaining population.”

“When populations become small and isolated, genetic diversity can be lost, reducing the survival of the remaining individuals. In some species, this can severely impact the chances of population recovery,” Dr Olah said.

The team extracted DNA from tiny fragments of tissue from regent honeyeater specimens housed in museums. They also used blood samples collected by BirdLife Australia over the past 30 years.

They then sampled DNA from wild birds, and compared the patterns in the genetic data.

Despite the small numbers of birds left in the wild, the researchers found little genetic diversity has been lost over time.

“This strongly suggests that small numbers of birds are travelling long distances to breed with each other.”

The team says this is both “good news and bad news”.

“The good news is the birds’ long-distance movements are naturally helping to maintain genetic diversity in the population,” Dr Crates said.

“The bad news is this means there’s little we can actually do in terms of conservation action to help manage their genetic makeup.

The study has been published in PLOS ONE.