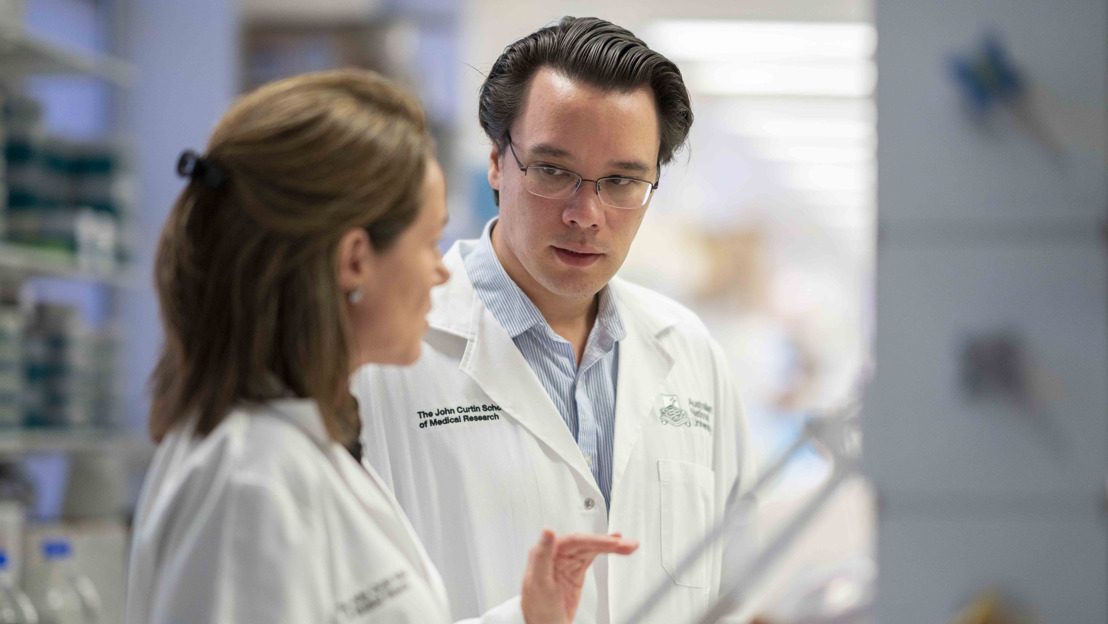 Friday, May 17, 2019 — In a world first, researchers from The Australian National University (ANU) have shown previously ignored rare genetic mutations are a major cause of lupus.

The discovery is set to change our understanding of the causes of disease and potentially save lives.

Lupus is an autoimmune disease that has no cure. It targets the body’s healthy tissue, causing inflammation, damage and pain.

Until now, the exact cause of the disease has been poorly understood.

Dr Jiang has spent six years analysing the genetic instructions locked in DNA which lead to the disease.

“We have shown for the first time how rare gene variants that occur in less than one per cent of the population cause lupus and how these variants drive the disease in the body,” said Dr Jiang, from the Centre for Personalised Immunology, an NHMRC Centre for Research Excellence at ANU.

“Until now, it was thought that these rare variants played a negligible role in human autoimmunity and related autoimmune diseases.

“When the cells no longer work, your immune system struggles to distinguish viruses and bacteria from self, leading to lupus.”

The finding makes way for life-saving personalised treatment for lupus and other autoimmune diseases.

“There is huge potential for targeted treatment,” said Dr Jiang.

“I’ve already started treating people who have these rare gene mutations with targeted therapies instead of bombarding their immune system with non-specific treatments that have lots of side effects - which is the current mainstay of therapy.

“And because the genes we have worked on are linked to other autoimmune diseases, our discovery could also be applied to conditions like rheumatoid arthritis and type 1 diabetes.”

The finding may also help identify and predict how severe an individual’s lupus is.

“Lupus is a disease that can be very hard to diagnose. You can have a lot of illnesses that look like lupus, smell like lupus, but we can’t formally call it lupus.

“It now will only take a few weeks to get a patient’s genome sequence. We can look at how the immune system is behaving, take blood tests and with genome sequencing we can fit the pieces together and see if it is lupus.”

Dr Jiang says the discovery is a personal victory because he has seen so many people suffering from lupus.

“When I was a junior doctor, I had a patient in her 40s who died because of an autoimmune condition and we just could not figure out what was wrong.

“That shouldn’t happen and it affected me a lot. I’d like to think if she came to me nowadays I’d be able to do something different. I hope I’d be able to save her life.”