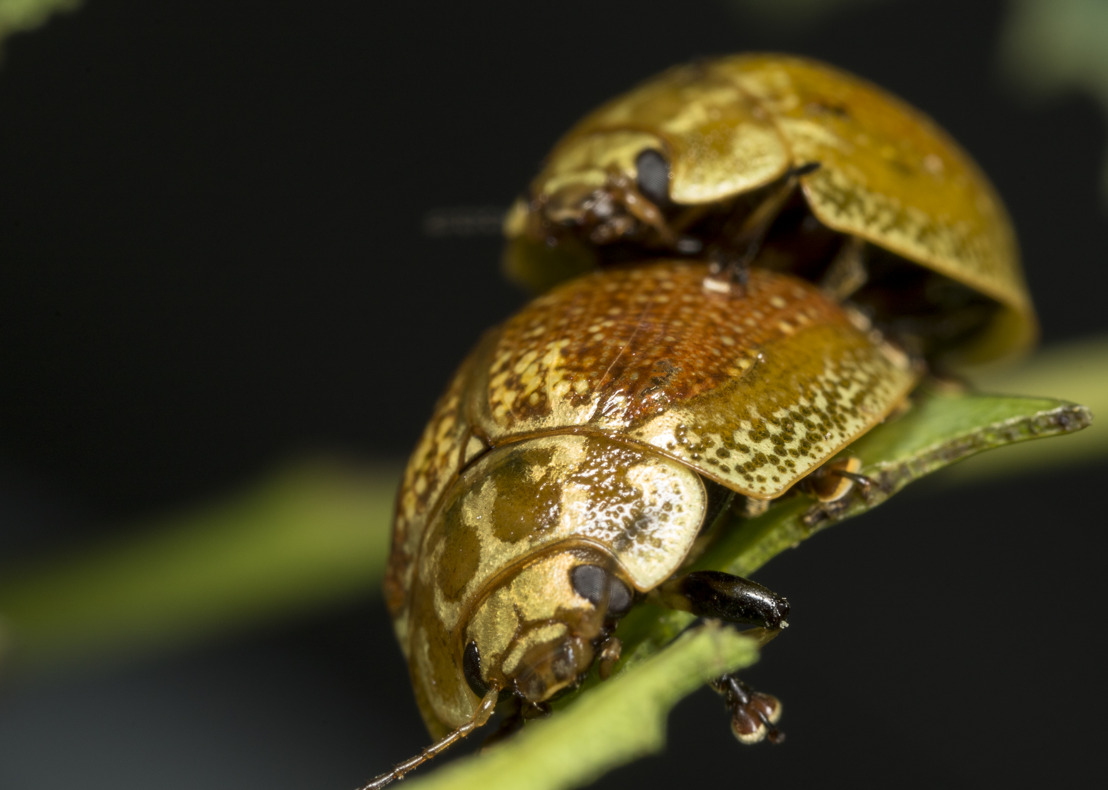 Monday, May 13, 2019 — Having a sexually transmitted infection and passing it on to a mate could benefit male animals, research from The Australian National University (ANU) has found.

Lead researcher Dr Megan Head says her study shows sexually transmitted diseases can act as a mediator for sexual conflict, which occurs when the evolutionary interests of males and females don’t align.

“For males, it’s often good for them if they spread their sperm around, as they have more offspring and contribute more genes to future generations,” Dr Head said.

“For females, it often pays to be a bit more choosey. Producing eggs can be quite taxing, and they have to invest a lot more time and effort after they’re fertilised as well.”

This conflict causes some species to develop unusual traits that increase the male’s reproductive success, like spiny genitalia, or mating plugs that stop a female from mating with partners until her eggs have been successfully fertilised.

Dr Head’s research suggests that STIs in males could work the same way.

It all depends on how the female responds to becoming infected.

“When animals become infected with a virus or bacteria they usually respond in one of two ways,” Dr Head says.

“The first is: ‘oh no I’m sick, I better have lots of offspring now, because I’m not going to survive into the future to have them’. We call this terminal investment,” Dr Head said.

“At other end of the spectrum, they invest everything in fighting the infection and getting better first, then hopefully go on to reproduce later.”

The ANU study shows if females take the ‘terminal investment’ approach and ramp up reproduction after becoming infected with an STI, this could benefit the male who’s passed on the disease to his partner.

“It means the female is more likely to use that particular male’s sperm to fertilise more of her eggs before mating again with anyone else,” Dr Head said.

While this new research proves Dr Head’s theory is mathematically possible, she’s now keen to test it in lab scenario.

To do this, she’s studying Eucalypt beetles, which have a sexually transmitted mite that lives underneath their wing case.

The research is published in the journal Evolutionary Ecology.