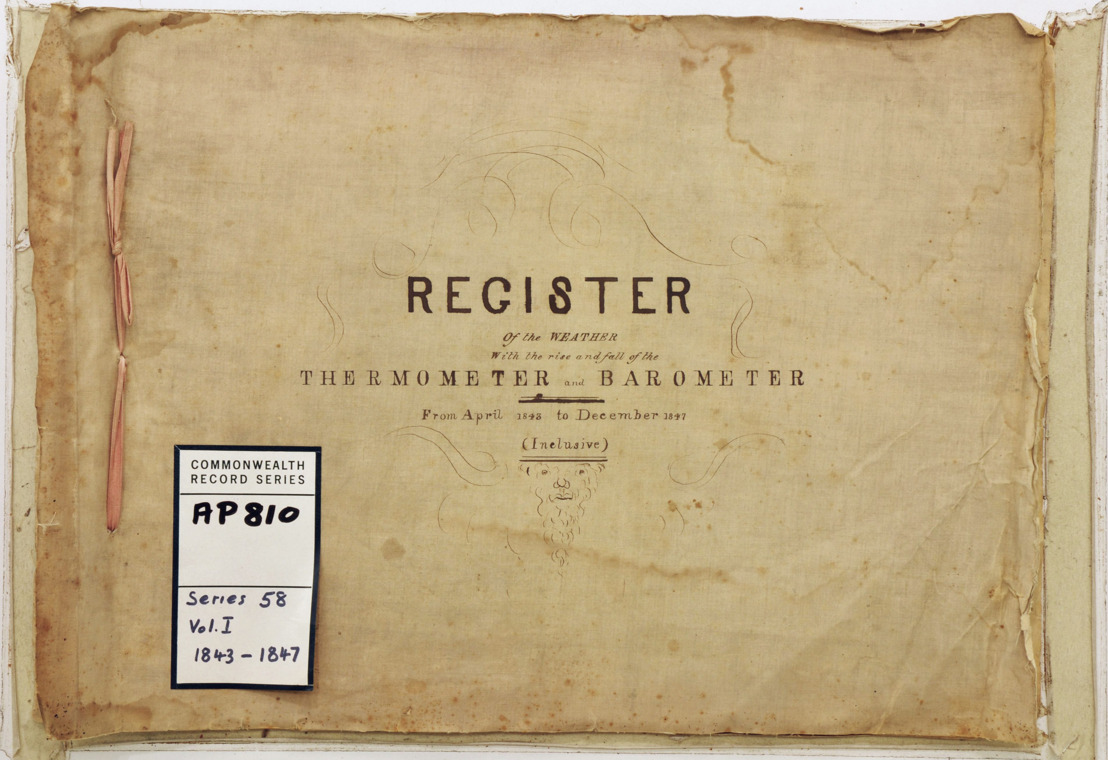 The researchers are looking for citizen science volunteers to help turn back the pages of history in order to discover more about Australia’s pre-industrial climate.

Volunteers will have the chance to digitise observations from the 1840s and 1850s which have been previously unused in climate change research.

“Historical weather records like these can give us an accurate picture of the range of climate extremes experienced in the past. This can help improve climate risk assessment needed for future climate change planning and adaptation.

“The journals are some of the oldest weather records in the Southern Hemisphere.”

“The variables that volunteers will be working on include instrumental observations of temperature, air pressure, cloud type and wind. And they could include unknown details of Australia’s social and climate history – such as snowfalls, floods, heatwaves or bushfires.”

According to Mac Benoy, the Australian Meteorological Association’s citizen science project manager, Australians have a long history of being “obsessed” with the weather.

“The invention of accurate thermometers and barometers allowed their passion to become a science, leading to ideas that one day they would be able to forecast the weather,” Mr Benoy said.

"These records were created at this critical time but little did the observers realise that nearly 180 years later, their data would help with climate change research.”

The digitised results will be added to global datasets and made available to researchers interested in knowing how Australia’s climate has changed since pre-industrial times.

To get started, volunteers can use this link to access the project on the citizen science platform, Zooniverse:
www.zooniverse.org/projects/caitlinhowlett/climate-history-australia.