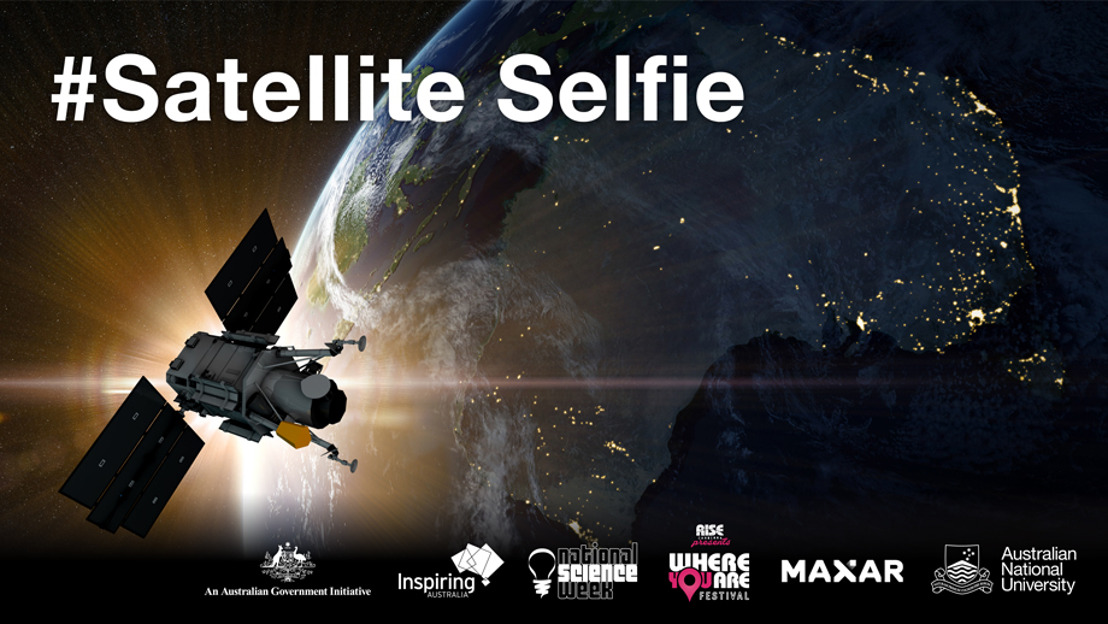 From marriage proposals, to giant wildlife, blazing red poppies and rallying calls for the power of science, Australia’s largest ever selfie has captured some incredible images from the ACT and the Northern Territory.

Now Australians everywhere can view photos captured by the nation’s first selfie from space through a searchable, online map.

ANU astrophysicist Dr Brad Tucker said he was thrilled to see hundreds of people “get their space face on and strike a pose” for the flyover.

“This is historic and a satellite flyover on this large of a scale has never been attempted in the world before, let alone Australia,” Dr Tucker said.

“So it’s marvellous to see so many people get behind this innovative initiative that has not only captured a unique moment in time, but shown just how colourful, creative, hopeful and expressive Australians are.

“To see the ideas school kids came up with, and the people in the streets outside their homes, it has been a wonderful celebration of science and all of us.

The satellite captured a range of stunning images of distinct designs put together by families, schools, businesses, workplaces and cultural institutions across the ACT and Northern Territory.

Highlights include a love heart next to Earth in Kambah; “Go Perseverance”, a message to Mars’ new rover in the street of Hughes, a massive sign for ‘Henry’s’ 17th birthday in a paddock in Gungahlin; ‘G’Day’ on a school oval in Katherine, a giant turtle made by school students in Darwin, and the Aboriginal and Torres Strait Islander Flags on Fellows Oval at ANU.

Brittany Carter, co-chair of the ACT National Science Week Committee said she was “overwhelmed by the level of involvement from the public in this event.

“It has been great to see everyone engaging with science and their community,” she said.

"National Science Week is a chance for people to celebrate science and technology in their own backyard and this year they could literally do that.”

People can search and download images from the ‘Satellite Selfie’ at http://www.mso.anu.edu.au/SatelliteSelfie/

ABOUT SATELLITE SELFIE
‘Satellite Selfie’ was presented by the Where You Are Festival with the support of the ACT Government and is co-hosted by The Australian National University.

The Satellite Selfie also formed part of National Science Week in the ACT which took place from 15 to 23 August, with support from the Australian Government.

IMAGE CREDITS
Print and web: Satellite image ©2020 Maxar Technologies. Do not remove or crop the watermark.