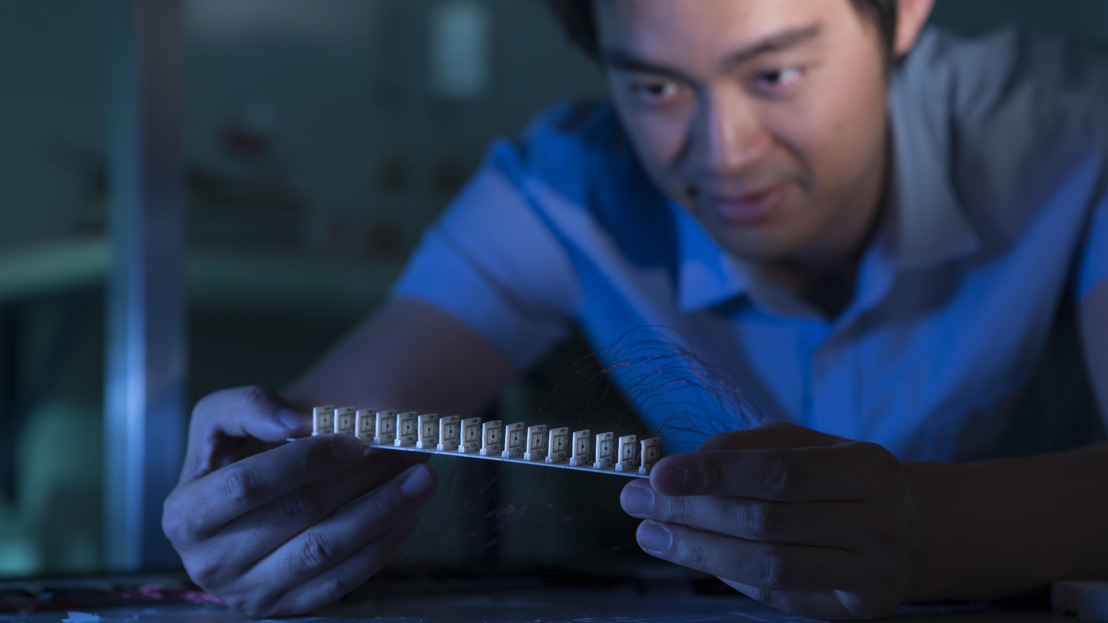 Friday, December 14, 2018 — A research team led by The Australian National University (ANU) has invented a device that could be developed into ultra-sensitive cameras for security screening that would not require people to queue at airports.

Other applications could include smaller and safer sensors for driverless vehicles.

The device is made with metasurfaces, which are ultra-compact complex structures that can control the direction of electromagnetic waves to perform highly advanced sensing functions.

“This device can sense the entire environment surrounding it with unprecedented precision – previously, multiple fixed sensors pointing towards different directions would be required to achieve this,” said Dr Liu from the Nonlinear Physics Centre at the ANU Research School of Physics and Engineering.

Dr Liu said the concept could benefit the development of super-sensitive cameras for security systems at airports.

“These future cameras could identify hazardous devices or dangerous chemicals in people’s carry-on baggage when they walk through an airport, without needing them to queue up and go through the various procedures that are necessary now,” he said.

Dr Liu said the concept could provide a new foundation for next-generation electromagnetic devices, including more compact sensors for driverless cars and other vehicles that can help to overcome safety challenges encountered with today’s technologies.

These safety challenges include sensing hazards in rough weathers or narrow spaces.

Co-author Dr David Powell said the new device was the first of its kind to be arbitrarily tuneable so that it can direct electromagnetic waves towards any direction or control multiple beams to perform different functions at the same time.

“Our research provides the first theoretical and experimental demonstration that dynamic and arbitrary control of electromagnetic waves is possible,” said Dr Powell from the Nonlinear Physics Centre at the ANU Research School of Physics and Engineering.

Professor Ilya Shadrivov, the leader of the microwave and terahertz group at the Nonlinear Physics Centre, said the research team would continue to develop the device so that it is ready to be commercialised and manufactured on a large scale.

“We are very interested in realising the concept at other frequency bands, including terahertz and even optical frequencies. We also hope to collaborate with industrial partners to explore the full potential of this concept in practical applications,” Professor Shadrivov said.

The work, which involved the School of Engineering and Information Technology at the University of New South Wales, Canberra, is published in Physical Review X.

Journalists wishing to link to this paper's abstract can use the following: https://journals.aps.org/prx/abstract/10.1103/PhysRevX.8.031077

* A high-resolution image related to this research can be downloaded by clicking on the image icon below.