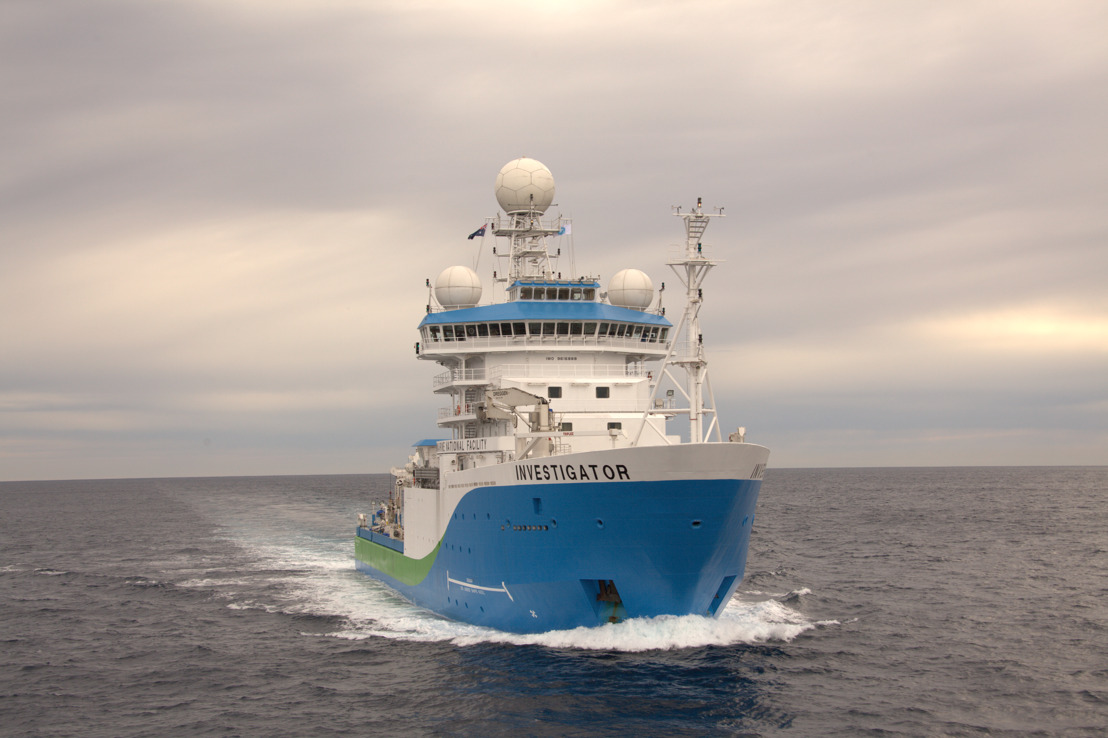 Wednesday, October 7, 2020 — A team of Australian researchers are about to set off on a landmark voyage to discover more about the Earth beneath our oceans, and what triggers underwater earthquakes.

The team will sail on CSIRO research vessel Investigator, to a remote area known as Macquarie Ridge, halfway between New Zealand and Antarctica, to place special monitoring equipment on the ocean floor.

The monitoring will provide vital information about some of the Earth’s most violent underwater earthquakes. It could also help scientists understand future earthquakes and tsunamis that might affect coastal populations in Australia and New Zealand.

The project’s Chief Scientists, Professor Hrvoje Tkalčić and Dr Caroline Eakin will lead the research team from The Australian National University and say it will be a “ground-breaking” trip.

At the same time, scientists from University of Tasmania led by Professor Mike Coffin, will conduct research that will allow them to produce the first high-resolution maps of the seafloor surrounding Macquarie Island.

“This is the first Australian-led voyage of this kind,” Professor Tkalčić said.

“We’ll deploy 29 ocean bottom seismometers on the seafloor in total. These devices record the motion of the ground during earthquakes. The instruments will surround Macquarie Island, a region in the Southern Ocean’s Furious Fifties latitudes renowned for its extreme seas and weather.”

Professor Tkalčić says the seismometers will not only give us clues about major earthquakes, but also add to our understanding of everything from oceanic storms, to glacial dynamics and whale migration.

“The particular area where we’ll be leaving deploying them is really interesting because it produced one of the largest underwater earthquakes of the 20th century. It is in the area where the Australian plate meets the Pacific plate, but it’s not known as an active subduction zone, so these earthquakes are still a mystery to us,” Professor Tkalčić said.

“Earthquakes in this region present significant tsunami hazards and a threat to a massive coastal population.”

According to Professor Tkalčić, seismometers have been set up in some of the most remote corners of the earth, but our oceans make even distribution difficult.

“It’s like if a medical doctor had receivers on just one side of a patient’s body and was trying to figure out what was happening,” he said.

“This will give us a much more complete picture.”

“It will ensure Australian researchers are at the forefront of the world’s efforts in this field.”

The voyage’s Chief Scientist, Professor Mike Coffin, says the creation of seafloor maps identifying faults and fracture zones, and relict seafloor spreading centres will “shed light on why and how Macquarie Island, which formed around 2,500 metres below sea level, was thrust above sea level.”

“World Heritage-listed because of its unique geological exposures of both crustal and mantle rocks, the island hosts Australia’s only sub-Antarctic research station,” Professor Coffin said.

The voyage is expected the take just over three weeks.

The team will return to the same spot next year to retrieve the seismometers and the data they’ve recorded.

The project is an international collaboration with researchers from University of Cambridge and The California Institute of Technology.

This research is supported by a grant of sea time on RV Investigator from the CSIRO Marine National Facility, as well as an ARC Discovery grant.