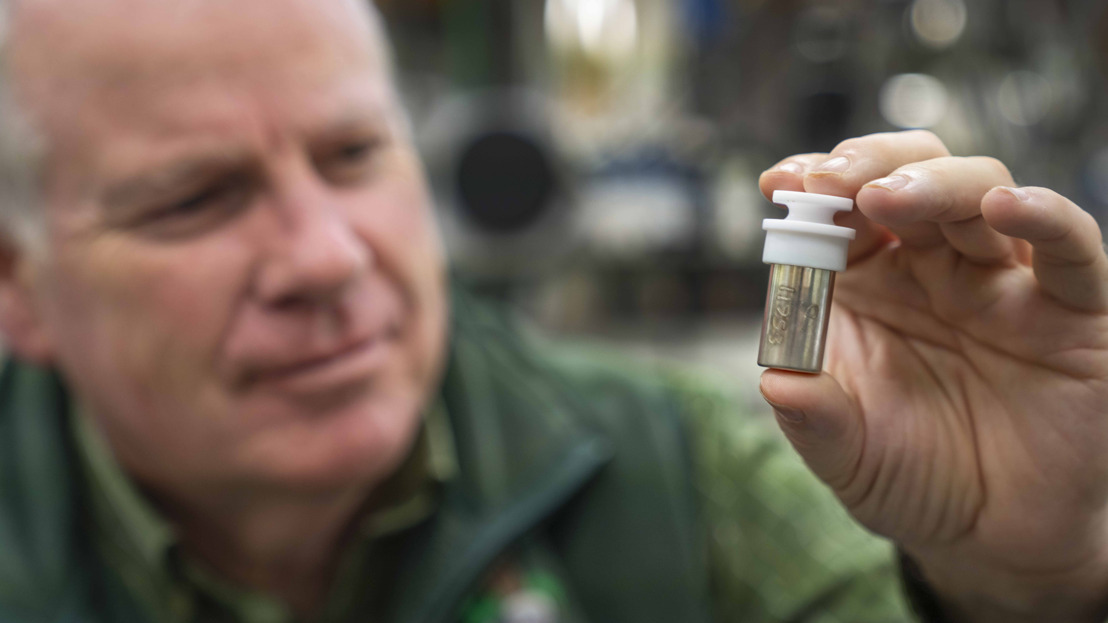 Friday, July 19, 2019 — Rocks collected from the moon 50 years ago and analysed by an international team of scientists, including from The Australian National University (ANU), dispel any notion that the lunar landing was faked, an ANU expert says.

ANU scientist Professor Trevor Ireland, who is a space rock expert, said no conspiracy would have or could have made the Moon rocks.

“Any attempt to make Moon rocks in a laboratory would be a monumental failure and likely cost more money than it took NASA to get to the Moon and back,” said Professor Ireland from the ANU Research School of Earth Sciences.

“The lunar soil is like nothing we have seen before on Earth. It is the result of eons of bombardment on the surface of the Moon. The rocks have compositions that are unique to the Moon.”

“There are 380 kg of Moon rocks. Getting this amount of material back to Earth is just as difficult as getting the 21 Apollo astronauts on seven missions to the Moon and back to Earth.

“That six of the missions landed on the Moon, and brought samples back to Earth, is one of the greatest achievements in history. To this day, we continue to analyse the Apollo lunar rocks and they still have surprises for us.”

Professor Ireland was not part of the team that analysed the first samples of moon rocks in 1969, but several ANU researchers were: Ross Taylor, Bill Compston, Ted Ringwood and John Lovering. Professor Ireland has worked with these first Moon rock researchers and on lunar materials, and knows the significance of their work and back stories from this exciting time.

“Everyone knows about Australia’s role in relaying live television of the first steps on the moon, but the work that these ANU scientists did is one of the other great Australian stories from the moon landing 50 years ago that people may have never heard before.

“Ross led the NASA team that carried out the first analysis of the lunar rock that Neil Armstrong collected, revealing that the Moon had experienced a global melting event in its history.

“Bill’s analyses revealed that the age of lunar rocks was extremely old – older than anything on Earth.

“Ted and John’s work revealed that the moon had a new set of minerals that are not found on Earth.”

Emeritus Professor Taylor, who is 93 and continues to maintain a strong interest in space rocks, said working with the Apollo mission in 1969 was the opportunity of a lifetime.

He recalled working with bulky gloves on samples in sealed boxes, under tight security with armed guards.

“I often worked from 7am until 3am the following day to deliver results to daily press conferences, such was the huge level of interest globally in our findings,” Professor Taylor said.

“Any error in the analysis would have ruined my reputation. Only moments before one press conference I realised we had made a big mistake and corrected it – just in the nick of time. It was an exhilarating time to be a scientist.”

Professor Taylor recalled narrowly avoiding being quarantined and prevented from working with the lunar rocks for many several when a container was spilt in the Johnson Space Center laboratory.

“I hid in a lavatory to avoid the professional isolation from the rocks I was working on,” Professor Taylor said.

“My heart was racing that day, I can assure you.”

Suggested caption: Professor Trevor Ireland from the ANU Research School of Earth Sciences holds a vial containing Moon dust collected by Apollo 11 astronaut Neil Armstrong during his first walk on the Moon. Since 1969, the ANU has played a critical role in the analysis of Moon material. Image credit: Lannon Harley, ANU