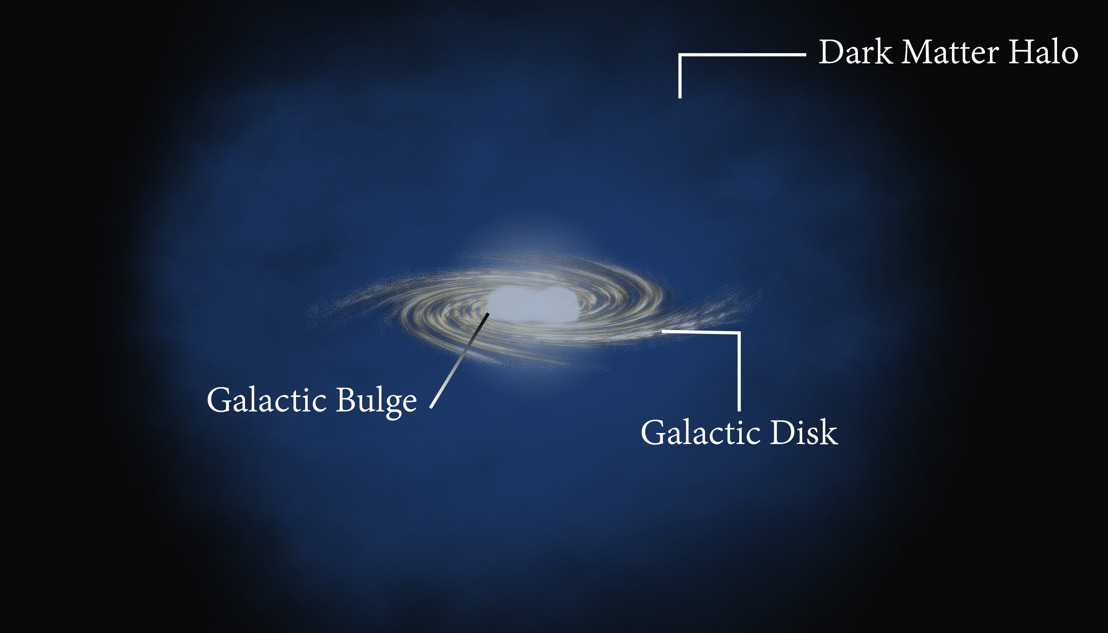 Monday, March 12, 2018 — A team of astronomers involving The Australian National University (ANU) has discovered that a mysterious gamma-ray signal from the centre of the Milky Way comes from 10 billion-year-old stars, rather than dark matter as previously thought.

Co-researcher Dr Roland Crocker from ANU said the team had a working hypothesis that the signal was being emitted from thousands of rapidly spinning neutron stars called millisecond pulsars.

“At the distance to the centre of our galaxy, the emission from many thousands of these whirling dense stars could be blending together to imitate the smoothly distributed signal we expect from dark matter,” said Dr Crocker from the ANU Research School of Astronomy and Astrophysics.

“Millisecond pulsars close to the Earth are known to be gamma-ray emitters.”

Dr Crocker said the findings ruled out a provocative theory that dark matter, which is not well understood by scientists, was the origin of the gamma-ray signal.

There is broad scientific consensus that dark matter – matter that scientists cannot see – is widely present in the Universe and helps explain how galaxies hold together rather than fly apart as they spin.

“It is thought that dark matter is composed of Weakly Interacting Massive Particles, which would be expected to gather in the centre of our galaxy,” Dr Crocker said.

“The theory is that, very occasionally, these particles crash into each other and radiate light a billion times more energetic than visible light.”

The Fermi Gamma-Ray Space Telescope, which has been in a low Earth orbit since 2008, has given scientists their clearest ever view of the gamma-ray sky in this energy range.

“While the centre of our galaxy may be rich in dark matter, it is also populated by ancient stars that make up a structure called the Galactic bulge,” Dr Crocker said.

He said the signal detected by Fermi closely traces the distribution of stars in the Galactic bulge.

“Ongoing observational and theoretical work is underway to verify or refute the hypothesis that the gamma-ray signal comes from millisecond pulsars,” Dr Crocker said.

ANU and research institutions in the United States, New Zealand and Germany conducted the study, which was led by Virginia Tech in the US.

The study is published in Nature Astronomy (click on the attachment below to download the journal article).

Download high-resolution images of the artist's impressions from this link: https://drive.google.com/file/d/1LawxEdg1kIsP92Ue7GNTKMhn9Eoyj2PD/view