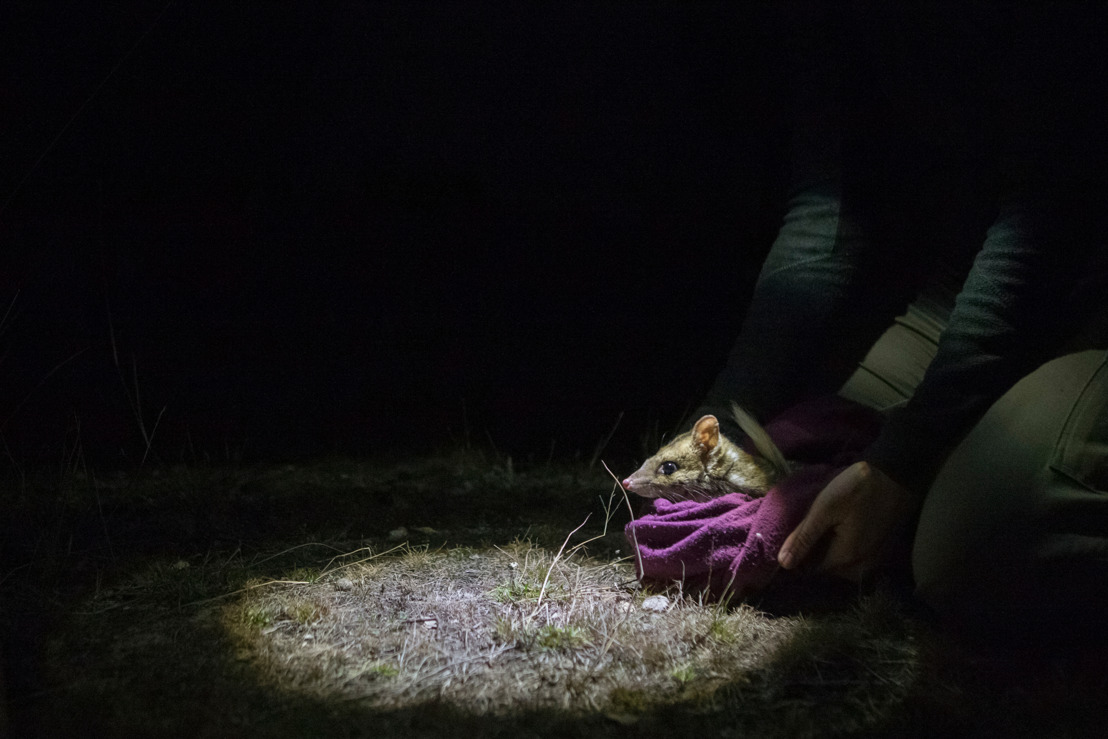 Thursday, July 23, 2020 — An experimental research project led by researchers from The Australian National University (ANU) has found a new way to boost the survival rates of eastern quolls reintroduced to the Australian Capital Territory.

The eastern quoll, a small carnivorous marsupial, was once widespread in southeastern Australia.

Last seen on the mainland in 1967, eastern quolls became extinct due to predation by introduced foxes and cats, habitat loss, disease, accidental poisoning, and deliberate interference by humans. Luckily, populations persisted in Tasmania.

According to PhD scholar Belinda Wilson, the first quolls reintroduced to the Mulligans Flat Woodland Sanctuary in 2016 had a survival rate of only 29 per cent.

“Through a novel and adaptive approach, we were able to boost survival to 77 per cent in the second trial, and then to 88 percent by the third trial,” Ms Wilson said.

“In 2016 we released both males and females, but most of the males escaped the sanctuary fence and were killed by foxes.

“In the second release, we trialled releasing only mothers with small pouch young. This meant that the quolls settled into the sanctuary so they could raise their young.”

Ms Wilson said the results from the second and third releases far exceeded her expectations, as well as those of the rest of the team.

“This is a really exciting result and gives us the courage to expect that eastern quolls will make a comeback to the ACT and beyond,” Ms Wilson said.

“It also demonstrates the value of adapting our tactics over multiple trials and learning as you go.

“In our case using females with pouch young helped us bring in genetics from multiple parents while encouraging the quolls to settle into their new home.

“We hope this will encourage other practitioners across the world to think about their tactics, embrace uncertainty, and adapt based on what the environment tells them.”

The project is a collaboration between ANU, ACT Government, ACT Woodlands and Wetlands Trust, and Odonata, and was supported by an Australian Research Council Linkage grant and Tasmania’s Department of Primary Industry, Parks, Water and Environment.

The first release at Mulligans Flat in 2016 involved 14 quolls.

Half came from the wild in Tasmania, and half were bred in captivity by project partners at Odonata’s Mt Rothwell Biodiversity Interpretation Centre in Victoria, where the first reintroduction to the mainland took place in 2002.

The final release of eastern quolls to Mulligans Flat Woodland Sanctuary took place in winter 2019, with a fourth generation of pups expected to emerge in October 2020.

The research has been published in PLOS One.

ADDITIONAL IMAGES AND VIDEO FOR MEDIA USE: https://anuphotos.photoshelter.com/galleries/C0000K1YRAhoAupw/G0000xpcP1HauDFQ/Quoll-research-at-Mulligans-Flat