The Reserve Bank of Australia (RBA) lowered the official cash rate by 25 points in August to a record low of 1.5 per cent and will meet again on Tuesday 6 December to review interest-rate settings.

After Donald Trump's surprise win of the US Presidential election, financial markets rallied but this may be short-lived.

Chair of the RBA Shadow Board Dr Timo Henckel said while Australia's unemployment rate remained flat and inflation remained contained, there was no need for a rate change in December.

"The RBA Shadow Board continues to believe that the cash rate should remain at its current level, but the probabilities for a required interest rate increase have strengthened on all horizons," Dr Henckel said.

In the longer term, the probability for a needed rate hike in six months has increased to 71 per cent in December compared to 63 per cent last month.

The probability that rates should remain at 1.5 per cent in six months was 21 per cent, down three points from November, while the probable need for rates to fall in six months fell to nine per cent from 13 per cent last month.

Internationally, Dr Henckel said the future of the US economy has become less certain following the Presidential elections, while Europe is bracing for more trouble as it watches the outcome of Italy's referendum on a change to its constitution.

"Across the globe, people are trying to predict what a Trump Presidency will look like, whether Trump's policies will match his campaign rhetoric and the implications of his policies, many of which do not neatly fit into the traditional left-right spectrum.

"Europe is on edge about Sunday's Italian referendum to change the Italian constitution, with a banking crisis and further political turmoil looming on the horizon."

He said with the US economy holding up for the time being, the Federal Reserve might start in earnest to lift the federal funds rate. At the same time, the Organization of the Petroleum Exporting Countries (OPEC) has agreed on production cuts, with pundits estimating that the world price for crude oil could settle around US$60 a barrel.

"These developments, along with recent data pointing to an uptick in global inflation, suggest slight upward pressure for global prices. Eventually, this pressure is likely to spill into the domestic economy; hence the Shadow Board's slight revision of preferred interest rates to the upside."

The RBA Shadow Board is a project based at the Centre for Applied Macroeconomic Analysis (CAMA) at the ANU Crawford School of Public Policy. It brings together nine of the country's leading experts to look at the economy and make a probabilistic call on the optimal setting of interest rates ahead of monthly RBA Board meetings. It does not try to predict RBA behavior.

The RBA Shadow Board includes Professor Bob Gregory and Professor Warwick McKibbin, who have both served on the RBA Board.

Dr Henckel's full commentary is available on the CAMA Shadow RBA Board website at https://cama.crawford.anu.edu.au/rba-shadow-board. 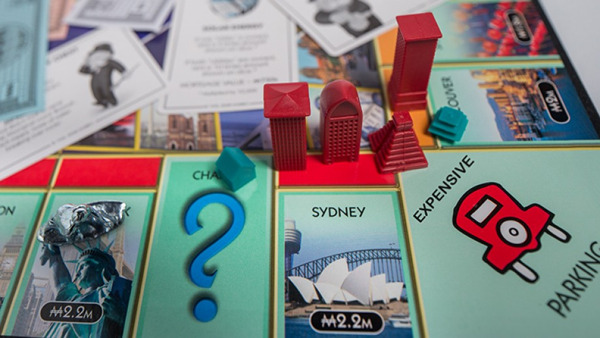