Linguists from The Australian National University (ANU) have used data from a popular online game to find out why people confusing one language with another.

The study’s lead author, ANU PhD candidate Hedvig Skirgård, said she was surprised to find the geographic proximity mattered more than how related the two languages were.

“It was unexpected, people are more likely to confuse a language with one from a neighbouring region than one with a shared language history,” Ms Skirgård said.

“It could be because languages intertwine through contact, becoming similar even though they aren’t related.”

The data was sourced from The Great Language Game, which tests people’s ability to identify languages from audio clips. The game has been played by over one million people from over 80 countries. The game was created by one of the authors of the study paper, Lars Yencken.

The research also revealed that of the 78 languages in the game French was the most recognisable with more than 93 per cent of game participants correctly identifying the language, ahead of German (91 per cent), Spanish (89 per cent) and Italian (88 per cent). English was not included in the study.

Out of 81 countries who played the game, people playing in Australia came in 35th place, getting 71 per cent of guesses correct, just ahead of New Zealanders.

Ms Skirgård said using data from the game had been a novel approach to research that had been hugely beneficial.

“There are 15 million guesses in the data set. There’s no way we could ever design an experiment that would bring in that much data,” she said.

Ms Skirgård is a PhD student at the ARC Centre of Excellence for the Dynamics of Language in the Wellsprings of Linguistic Diversity-project, and is working with the game’s creator, Lars Yencken, and researcher Seán Roberts from the Max Planck Institute for Psycholinguistics in Nijmegen (MPI-Nijmegen) to look at player behaviour and trends.

Following this research, Skirgård, Roberts and colleagues at the MPI-Nijmegen, Peter Withers and Mark Dingemanse, have also developed a new game: LingQuest. It contains more languages and has a different design that allows for more interesting research.

The full study has been published in scientific journal PLOS ONE. 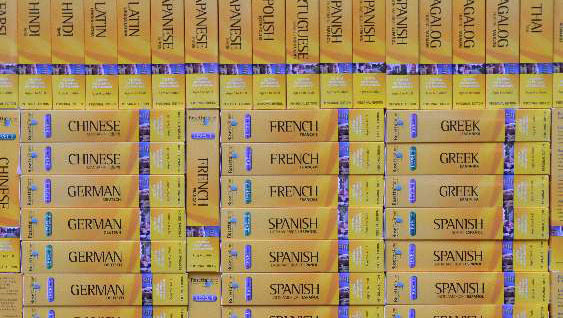