Skip to Content
Friday, August 24, 2018 — A new study led by The Australian National University (ANU) has found government policies around the world that aim to reduce water consumption through improved irrigation efficiency in agriculture may actually be having the opposite effect.

“If we want to avoid a global water crisis then decisive action needs to be taken now.

“This is one of the greatest policy dilemmas of the world, how to reconcile increasing freshwater demands with finite freshwater resources.”

“Irrigation accounts for 70 per cent of global water extractions. This means understanding how increases in irrigation efficiency affect water availability is critical to solving the world’s water problems.”

The research found increases in irrigation efficiency may result in greater on-farm water consumption, groundwater extractions and even water consumption per hectare. This occurs because of increased water use by existing crops and a switch to more water-intensive crops which can provide greater economic benefits from controlled water usage.

Water scarcity is one of the major issues facing the world and in 2015 was listed as the largest global risk in terms of potential impact over the next decade by the World Economic Forum.

Professor Grafton has called on policy makers in Australia and around the world to take urgent action or face a global water tragedy. He and his co-authors show proper water accounting is a necessary and critical first step towards resolving this global water challenge. Without it, the Sustainable Development Goals set by the United Nations in 2015 will not be achieved.

“This research shows current irrigation efficiency policies must change to include farm and basin-scale water accounting and limits on irrigation water diversions,” he said.

“Tackling the problems of irrigation efficiency also requires comprehensive risk assessments, valuation of trade-offs, and a much better understanding of the incentives and behaviour of irrigators.”

Co-author Professor John Williams of the ANU Crawford School of Public Policy highlighted this was an international issue.

“Tragically, comprehensive water accounting is not happening in most parts of the world, including in supposedly world leading nations in water management, such as Australia,” Professor Williams said.

The research involved a multi-disciplinary team of 11 scientists and economists from eight countries, seven universities and three world-leading research organisations.

A copy of the paper, The Paradox of Irrigation Efficiency has been published in the journal in Science.

FOR FURTHER INFORMATION OR INTERVIEW: 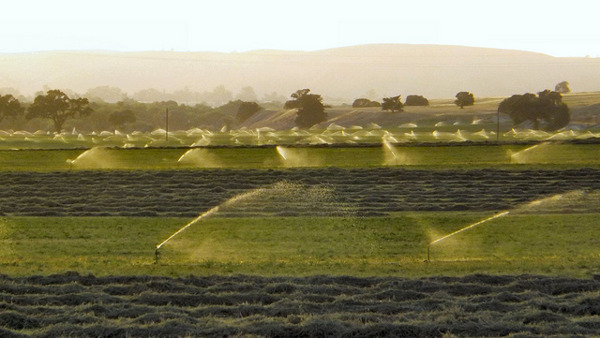