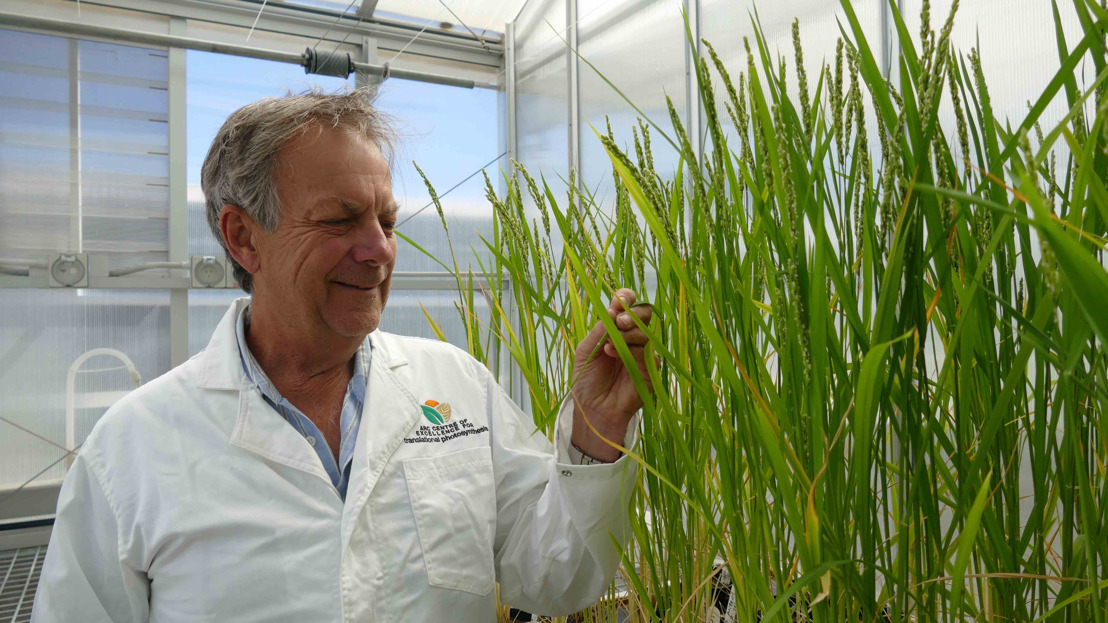 Monday, December 2, 2019 — Research that could transform global rice production by increasing yields from the world’s number one food crop has been boosted by five more years of funding.

The Australian National University (ANU) is part of an international collaboration between seven research partners, the C4 Rice Project, funded by a grant to the University of Oxford from the Bill & Melinda Gates Foundation worth A$22 million.

The ANU research, led by Professor Robert Furbank, will contribute to the project by assembling the genes needed in rice to make it more efficient at using sunlight to produce food. The ANU team will receive A$4 million for their work.

“Other plants like maize and sorghum – known as C4 crops – have a ‘turbocharged’ photosynthesis process. We’re trying to recreate this process in rice – taking it from a C3 crop to a C4," Professor Furbank said.

“It’s like transforming the photosynthesis process from a VW Beetle into a Porsche.

“And if we are able to build this process into rice, it could theoretically see up to a 50 per cent increase in yields.”

Professors Robert Furbank, Susanne von Caemmerer and their team of ANU researchers, who played a key role in this project over the last three phases of investment, are now tasked with assembling the “genetic parts” of C4 rice.

Professor Susanne von Caemmerer said: “Now it’s about working out the right combination of genes needed to achieve the switch between C3 and C4 rice.”

“We’ll be working on putting all the parts together in rice, then with our consortium collaborators, testing them to make sure they work well. In other words, seeing how fast the car can go.

“This project is mimicking a natural evolutionary process – where the C4 pathway has evolved independently many times in nature.”

By the end of the next phase of research in 2024, scientists hope to have experimental plots up and running in Taiwan.

“This really is about a long term international effort to improve rice production for all of humanity,” Professor Furbank said.

“This would be a game-changer for food production in Asia – where billions of people depend on rice for survival."

Access to C4 Rice technology for the developing world is ensured by a condition of the funding for the project called the Global Access Commitment.

Professor Jane Langdale from the University of Oxford, who leads the consortium, said: “This is an extremely challenging long-term project and we are grateful to the foundation for backing the team for a further five years.

“This new award will get us closer to delivering rice lines that will have real impact for farmers.”

Professor Robert Furbank is based at the ANU Research School of Biology and also leads the ARC Centre of Excellence for Translational Photosynthesis.