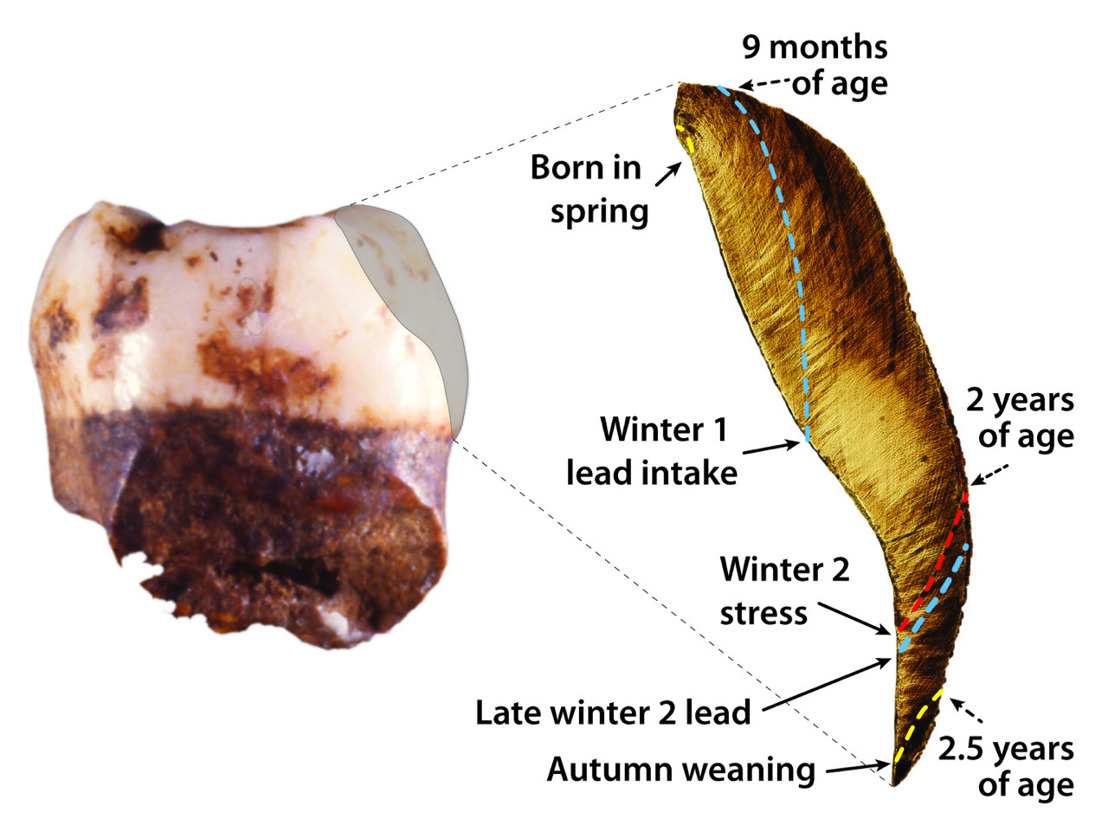 Thursday, November 1, 2018 — Researchers from Griffith University and The Australian National University (ANU) have used the teeth of Neanderthal children from 250,000 years ago to reconstruct the ancient climate of southeast France, where the teeth were found.

The discovery – which involved an international team of biological anthropologists, archaeologists, earth scientists and public health specialists from Australia, North America and Europe – promises to open up a new field in the archaeological study of hominins.

ANU PhD scholar Hannah James, who was part of the study, said the teeth of the two Neanderthal children contained evidence of repeated exposure to high levels of lead, a metal known to have adverse effects on the development of the brain and nervous system.

“We have been able to show that the exposures took place in the coldest period of successive winters,” said Ms James from the ANU Research School of Earth Sciences.

“We now have a method for relating environmental signals recorded in the chemical composition of hominin teeth – in this case 250,000 years old – to both the age of an individual and the time of year when the signal was recorded.”

The two Neanderthal children either ingested or inhaled lead, representing the oldest documented lead exposure in any hominins. This occurred multiple times during the cooler seasons, potentially happening in caves as underground lead sources have been found within 25 kilometres of the archaeological site.

The team used the sensitive high-resolution ion microprobe (SHRIMP SI) instrument at the ANU Research School of Earth Sciences to collect information on oxygen variation during three years of tooth growth in each child.

Co-researcher Professor Ian Williams from the ANU Research School of Earth Sciences said the team showed that revealing a detailed seasonal signal in Neanderthal teeth was possible by measuring the oxygen isotopes in the teeth’s successive growth layers.

“This has never been done before,” he said.

Lead researcher Associate Professor Tanya Smith from Griffith University said using SHRIMP SI enabled the team to reveal that one Neanderthal was born in spring and weaned in the autumn 2.5 years later, and that both Neanderthal children were more likely to be sick during colder periods.

“At the time they grew up, 250,000 years ago, this region of southeast France was much cooler and more seasonal than it is today,” Associate Professor Smith said.

Associate Professor Smith said the next step was to find out what the Neanderthals did in the depths of winter that resulted in exposing their children to high levels of toxic lead.

“This will give fresh insight into Neanderthal behaviour. Another step will be to push further back in time and study the teeth of hominins and early humans in the birthplace of the human species – Africa,” she said.

The research is published in Science Advances.

* An image of a molar tooth from a 250,000 year-old Neanderthal child that the research team analysed can be downloaded by clicking on the image icon below. Yellow dotted lines indicate the beginning and end of nursing, a red dotted line corresponds to an illness, and lead exposures are indicated with blue dotted lines. Credit: Tanya M. Smith and Daniel Green