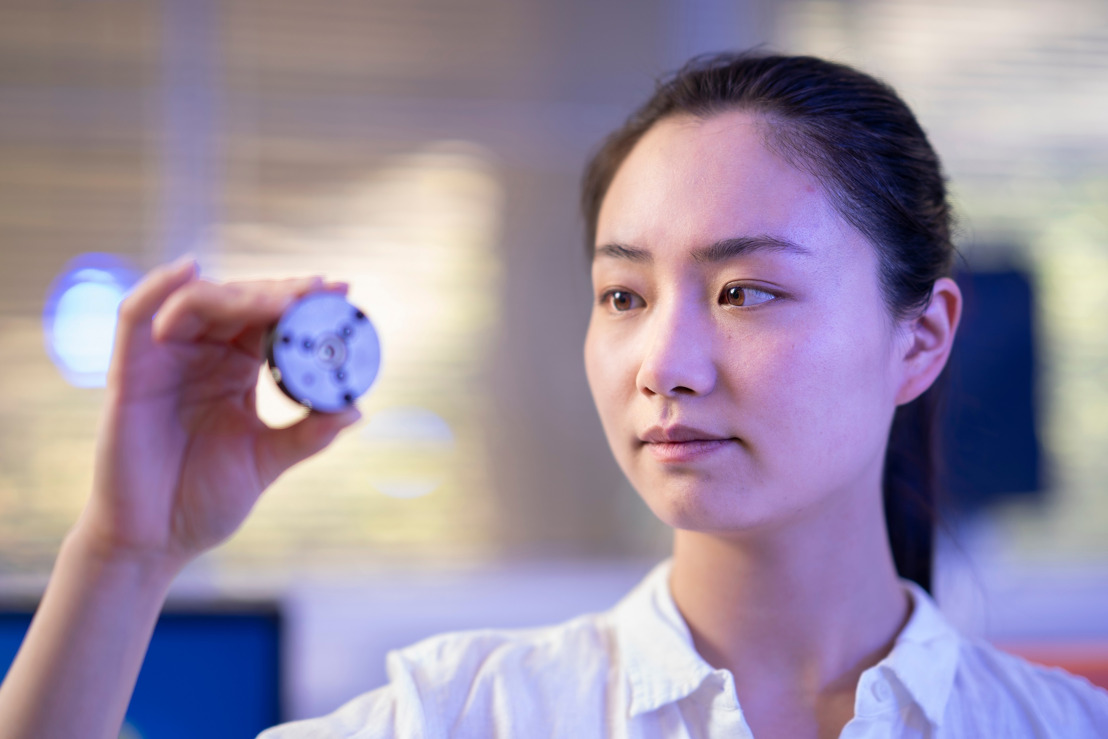 Thursday, November 19, 2020 — An international team of scientists has defied nature to make diamonds in minutes in a laboratory at room temperature – a process that normally requires billions of years, huge amounts of pressure and super-hot temperatures.

The team, led by The Australian National University (ANU) and RMIT University, made two types of diamonds: the kind found on an engagement ring and another type of diamond called Lonsdaleite, which is found in nature at the site of meteorite impacts such as Canyon Diablo in the US.

One of the lead researchers, ANU Professor Jodie Bradby, said their breakthrough shows that Superman may have had a similar trick up his sleeve when he crushed coal into diamond, without using his heat ray.

“Natural diamonds are usually formed over billions of years, about 150 kilometres deep in the Earth where there are high pressures and temperatures above 1,000 degrees Celsius,” said Professor Bradby from the ANU Research School of Physics.

The team, including former ANU PhD scholar Tom Shiell now at Carnegie Institution for Science, previously created Lonsdaleite in the lab only at high temperatures.

This new unexpected discovery shows both Lonsdaleite and regular diamond can also form at normal room temperatures by just applying high pressures – equivalent to 640 African elephants on the tip of a ballet shoe.

“The twist in the story is how we apply the pressure. As well as very high pressures, we allow the carbon to also experience something called ‘shear’ – which is like a twisting or sliding force. We think this allows the carbon atoms to move into place and form Lonsdaleite and regular diamond,” Professor Bradby said.

Co-lead researcher Professor Dougal McCulloch and his team at RMIT used advanced electron microscopy techniques to capture solid and intact slices from the experimental samples to create snapshots of how the two types of diamonds formed.

“Our pictures showed that the regular diamonds only form in the middle of these Lonsdaleite veins under this new method developed by our cross-institutional team,” Professor McCulloch said.

“Seeing these little ‘rivers’ of Lonsdaleite and regular diamond for the first time was just amazing and really helps us understand how they might form.”

Lonsdaleite, named after the crystallographer Dame Kathleen Lonsdale, the first woman elected as a Fellow to the Royal Society, has a different crystal structure to regular diamond. It is predicted to be 58 per cent harder.

“Lonsdaleite has the potential to be used for cutting through ultra-solid materials on mining sites,” Professor Bradby said.

“Creating more of this rare but super useful diamond is the long-term aim of this work.”

“Being able to make two types of diamonds at room temperature was exciting to achieve for the first time in our lab,” Ms Huang said.

The team, which involved University of Sydney and Oak Ridge National Laboratory in the US, have published the research findings in the journal Small.

* Images available for media use - see links at the bottom of the media release. There is also a video produced by ANU on previous work done by this team.

For interviews with RMIT Professor Dougal McCulloch, contact Aeden Ratcliffe on +61 3 9925 3336 or at aeden.ratcliffe@rmit.edu.au