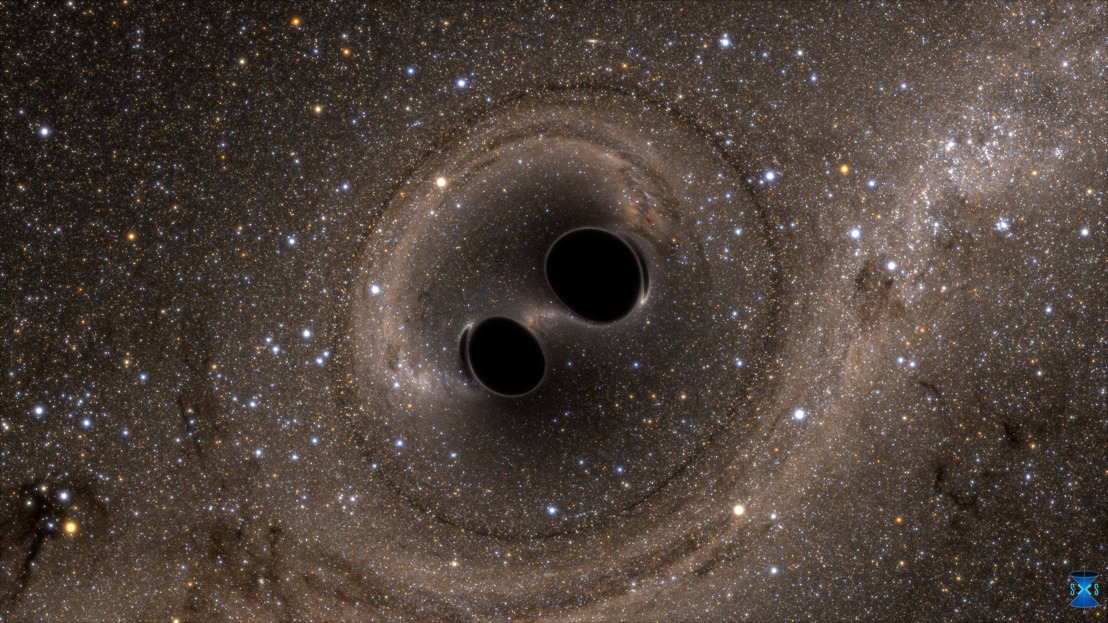 Tuesday, December 4, 2018 — An international team of scientists have detected ripples in space and time, known as gravitational waves, from the biggest known black-hole collision that formed a new black hole about 80 times larger than the Sun – and from another three black-hole mergers.

The Australian National University (ANU) is playing a lead role in Australia's involvement with the gravitational wave discovery through a partnership in the Advanced Laser Interferometer Gravitational-wave Observatory (LIGO), which is based in the United States.

Scientists detected the event that formed the biggest known black hole from a merger of a binary system of two black holes on 29 July 2017. The event occurred about nine billion light years away.

“This event also had black holes spinning the fastest of all mergers observed so far. It is also by far the most distant merger observed,” Professor Scott said.

The three other black-hole collisions were detected between 9 and 23 August 2017, were between three and six billion light years away and ranged in size for the resulting black holes from 56 to 66 times larger than our Sun.

“These were from four different binary black hole systems smashing together and radiating strong gravitational waves out into space,” said Professor Scott, who is from the ANU Research School of Physics and Engineering and is a Chief Investigator with the Centre of Excellence for Gravitational Wave Discovery (OzGrav), which is funded by the Australian Research Council (ARC).

“These detections of black-hole collisions greatly improve our understanding of how many binary black hole systems there are in the Universe, as well as the range of their masses and how fast the black holes spin during a merger.”

The researchers plan to continually improve the gravitational wave detectors so they can detect cataclysmic events much further out in space, one day hoping to reach back to the beginning of time just after the Big Bang which cannot be done with light.

After the initial observing runs were concluded, scientists recalibrated and cleaned the collected data.

“This increased the sensitivity of the detector network allowing our searches to detect more sources,” Professor Scott said.

“We have also incorporated improved models of the expected signals in our searches.”

Since the second observing run finished in August 2017, scientists have been upgrading the LIGO and Virgo gravitational-wave detectors to make them more sensitive.

“This means during the upcoming third observing run, starting early next year, we will be able to detect events further out in space, meaning more detections and potentially gravitational waves from new and yet unknown sources in the Universe,” Professor Scott said.

The international research team has detected gravitational waves from 10 different black-hole mergers and one neutron star collision during the past three years. Neutron stars are the densest stars in the Universe, with a diameter of up to about 20 kilometres.

Professor Scott’s research group is also designing a new project to enable them to detect gravitational waves coming from a short-lived neutron star resulting from a neutron star merger.

Dr Karl Wette, a postdoctoral fellow in the group at ANU and a member of OzGrav, said scientists were not sure what was formed from the neutron-star merger that was detected in August last year.

“It could have been a neutron star that collapsed to a black hole after some time or turned immediately into a black hole,” he said.

“Our new project will help to provide critical information about what we get from the merger of two neutron stars.”

Professor Scott will present the new results at the Australian Institute of Physics Congress in Perth later this month.

The results of the discoveries will be published in Physical Review X.

IMAGES/SIMULATIONS FOR MEDIA TO USE: