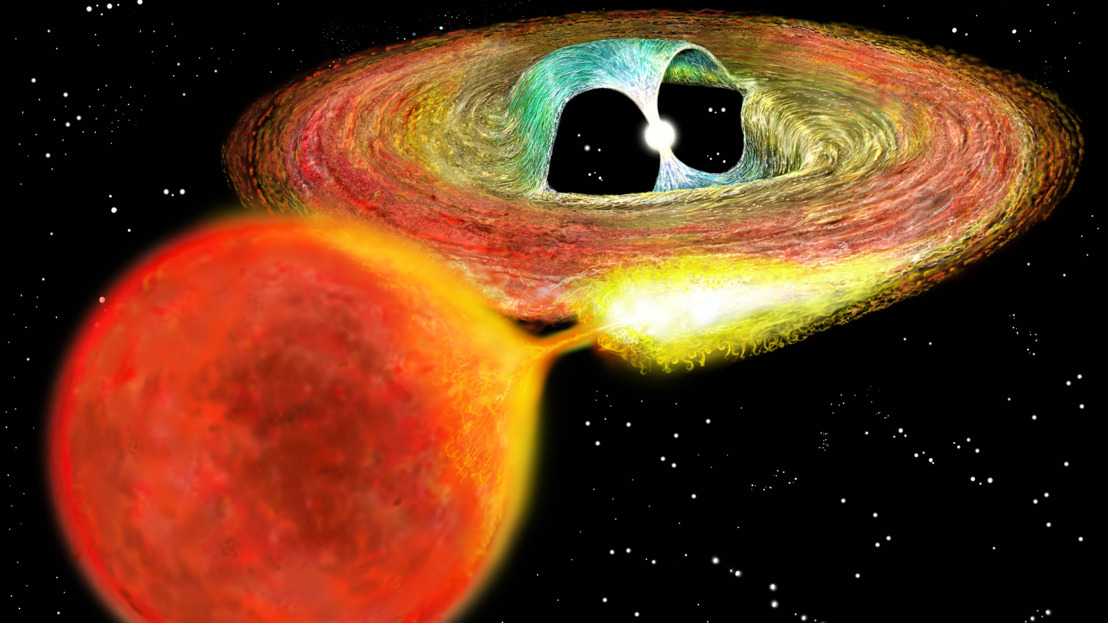 Friday, August 18, 2017 — Scientists from The Australian National University (ANU) and overseas have helped to solve the mystery of what causes exploding stars, which are used to measure the accelerating expansion of the Universe.

The international study has found that a small star hurtling through our Galaxy is highly likely to be a piece of shrapnel from a huge explosion that happened millions of years ago.

ANU Professor Lilia Ferrario said the explosion was a supernova event in a binary system where a super-dense white dwarf, a dead star that has run out of nuclear fuel, sucked mass away from its giant star companion.

“What triggers these supernovae explosions is uncertain,” said Professor Ferrario from the ANU Mathematical Sciences Institute, who is one of the authors of the study.

“This discovery gives weight to a theory that a white dwarf star devours material from its giant star companion until the white dwarf explodes as a supernova.”

Professor Ferrario said the star the team studied is the remnant of an under-luminous type Ia supernova, a sub-class of supernovae that have a uniform brightness which makes them useful as standard candles to measure the expansion of the Universe.

“The mass that accumulated on the white dwarf caused a thermonuclear runaway and a violent explosion that destroyed the binary system. A piece of shrapnel, which is the size of a small star, was flung into space and travelled for millions of years through the Milky Way,” she said.

The research team studied the runaway star, called LP 40-365, because it was travelling at extremely high speeds through our Galaxy and had a peculiar chemical composition.

Professor Ferrario said white dwarfs, left to their own devices, would never explode.

“White dwarfs are extremely compact stars, where gravitational collapse is prevented by the pressure exerted by a gas of degenerate electrons. A teaspoon of white dwarf material would weigh many tonnes on Earth,” she said.

Professor Ferrario said there were two theories on how these stars explode.

“One suggests that two white dwarfs merge to form a single ultra-massive white dwarf, while the other theory envisages a white dwarf devouring material from its companion star,” she said.

The researchers used several telescopes to observe the runaway star, and mathematical modelling to determine the characteristics of the star including its mass, temperature and chemical composition.

The study <https://cloudstor.aarnet.edu.au/plus/index.php/s/E2HgeYfSfJ0qWy7> is published in the journal Science.

ANU worked on the study with researchers in the Czech Republic, Germany, Hungary, the United States and Canada. The first author, Stéphane Vennes, has previously worked at ANU to research white dwarfs.

Watch a video interview with Professor Ferrario and a simulation of the supernova explosion that caused the remnant star, LP 40-365, to hurtle through space: <youtu.be/c01wv8XPyZ4>.

An artist’s impressions (Russell Kightley) of the binary system and the simulation are available from: <https://cloudstor.aarnet.edu.au/plus/index.php/s/ycA4RyScp7CJMop>.