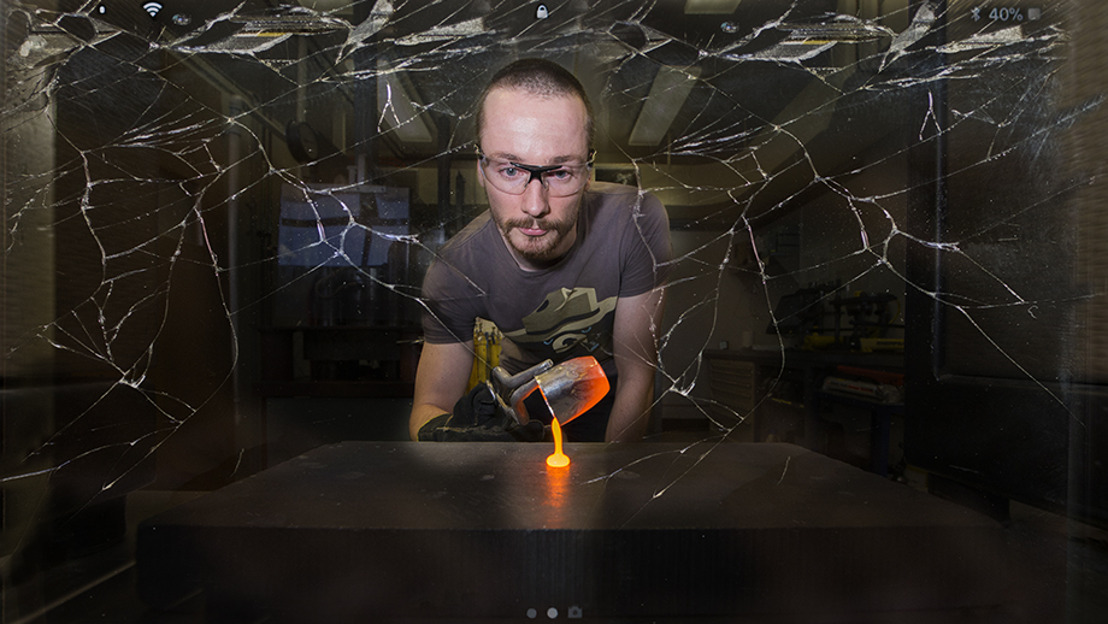 Tuesday, December 12, 2017 — An international study on glass led by The Australian National University (ANU) and the Institut de Physique du Globe de Paris in France could lead to the development of shatter-proof mobile phone screens.

Lead researcher Dr Charles Le Losq from ANU said the new knowledge, based on experiments and computer modelling, could be used to alter the structure of glass to improve resistance to fractures.

“Everyone knows how frustrating it is when you drop your mobile device and get a large crack in the screen,” said Dr Le Losq from the ANU Research School of Earth Sciences.

He said glass appeared to be structured randomly, but it was actually quite ordered at the microscopic level of a few atoms.

The researchers worked on a type of glass called alumino-silicate, which is used in the screens of mobile devices.

“The glasses we analysed are mostly composed of aluminium and silicon oxides, and can also contain various elements such as sodium, potassium, calcium or magnesium – each element influences the flexibility and resistance of the glass,” Dr Le Losq said.

The research builds on longstanding collaborations involving laboratories around the world, and scientists in the fields of chemistry, material science, physics and geochemistry.

Dr Le Losq said the research findings also shed light on the crucial role that lava oceans and volcanoes played in the geological evolution of Earth.

The researchers measured the viscosity of molten glass at more than 1,000 degrees Celsius and the density of the glass when cooled and formed.

“Our research findings allow better modelling of present volcanic activity, as well as of the lavas involved in the original formation of Earth and its surface,” Dr Le Losq said.

ANU and the Institut de Physique du Globe de Paris jointly conducted this research, which is published in Scientific Reports, in collaboration with researchers from France, the United Kingdom and China.