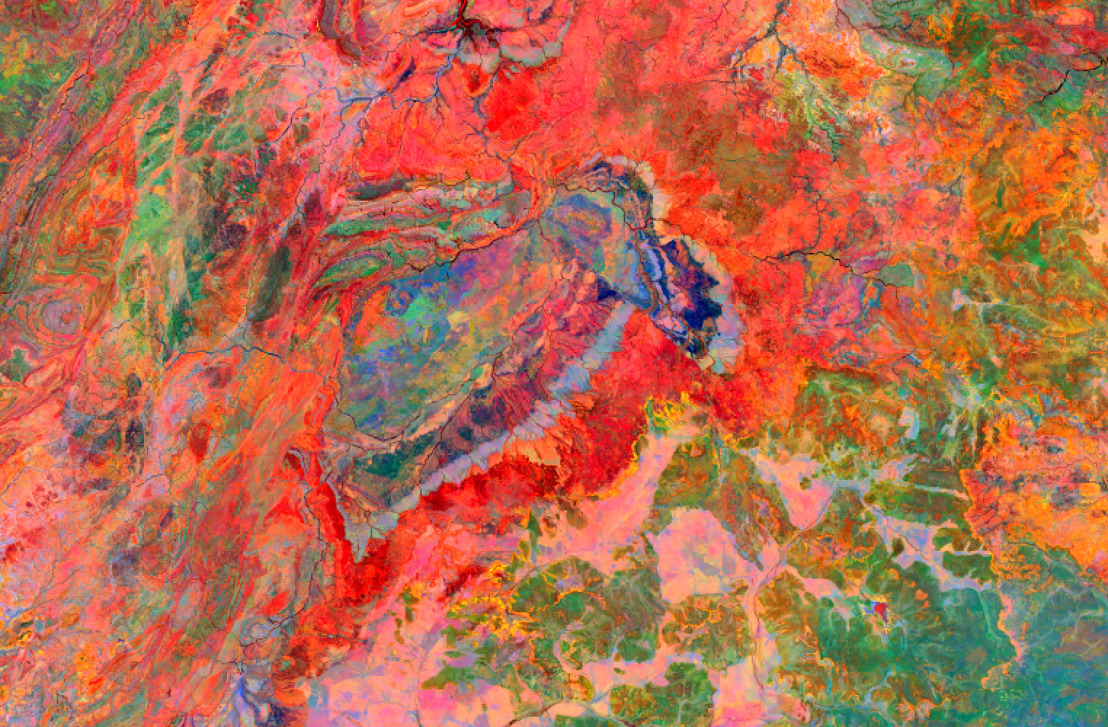 Friday, November 29, 2019 — New research from The Australian National University (ANU) and Geoscience Australia could provide a much clearer picture of the Australian landscape, and how to better manage it under a changing climate.

The study, published in Nature Communications, shows the Australian continent at its ‘barest’ – or least vegetated.

This new algorithm gives a more accurate understanding of the composition of the top layer of the earth’s surface through satellite imagery.

The algorithm was then applied across the whole of Australia in collaboration with Dr John Wilford from Geoscience Australia.

“In addition to the enormous scale of the data, the challenge with estimating this from satellite images is they can be masked by clouds or vegetation, or atmospheric conditions that change over time,” Dr Roberts said.

“So we came up with an algorithm to work around all of that.

“For example, when we have bush fires, they can leave burn scars, which show up as dark patches that can linger up to decades. We’re now able to remove those patches, using our massive archive of imagery.”

This solves a problem that scientists have had for decades.

“Over the past 20 or 30 years it’s been said that our ability to map soils using satellite imagery in Australia is limited because we have too many burn scars. It feels like we’ve cracked a big problem,” Dr Roberts said.

The method also has applications in understanding where land has been cleared, how farming practices may have modified soil properties over time, or how climate may be changing our landscape.

It shows the true nature of the soil – information that’s crucial when it comes to deciding how we can best use the land.

“Combined with other data sets, it could also show what minerals are there, for example, where we might find gold or iron ore.”

Dr Wilford from Geoscience Australia said: “This new dataset significantly improves our ability to directly map the properties of the soil and bedrock from space across the whole continent of Australia.

“This is likely to have significant implications in improving application of satellite imagery for geoscience and environmental studies both within Australia and globally.”

The new data will be publicly available and will inform policy and planning decisions within government and industry.

The study exploited Geoscience Australia’s petabyte sized archive of satellite imagery of Australia taken over the last 30 years organised and made available through the Digital Earth Australia project.

Dr Roberts’ previous research results have also recently been used to obtain cloud-free visualisations of the continent of Africa and to map its surface water.

“This new technique can be used annually, to study the loss of vegetation over time, or how the barest state has changed year to year.”

The results of the study are now freely available at http://nationalmap.gov.au/.