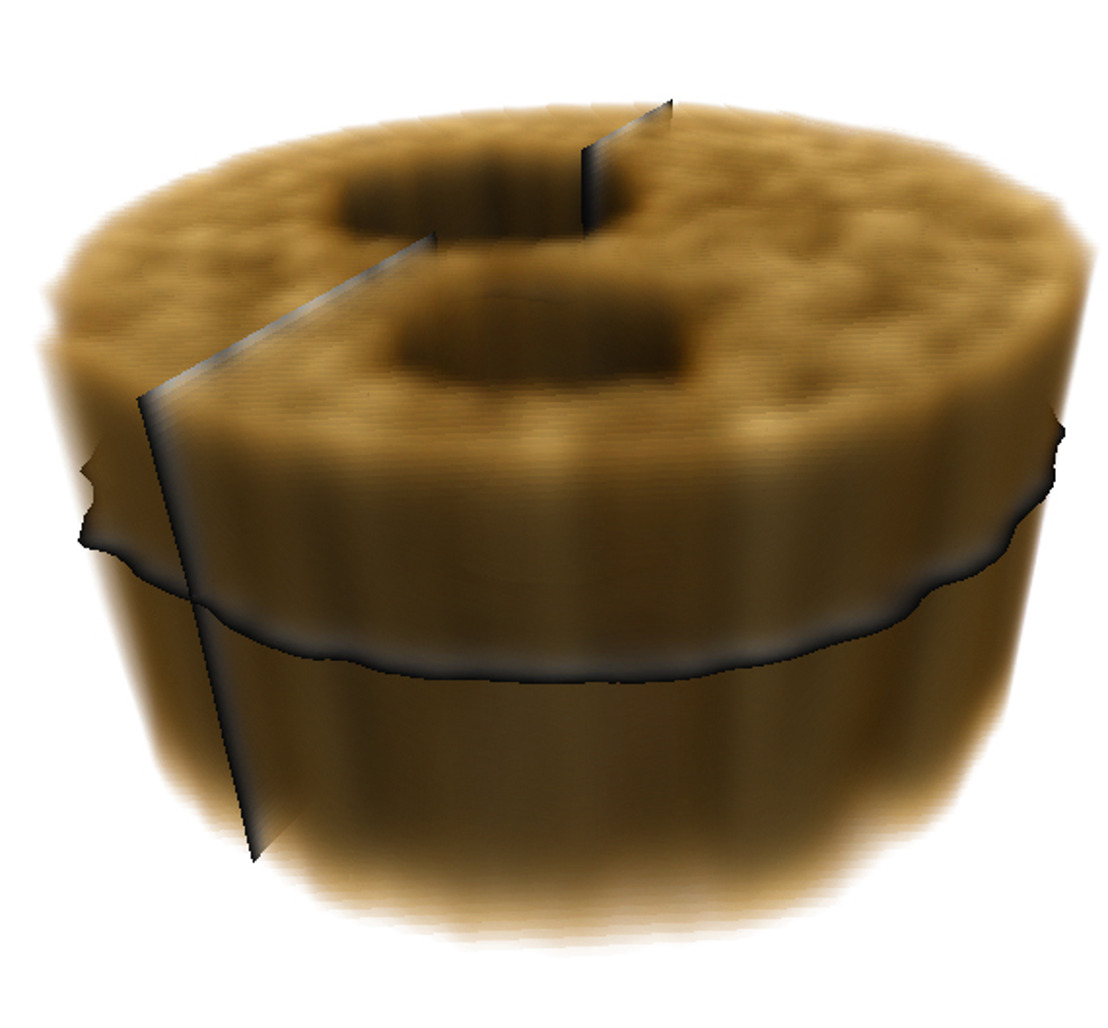 Friday, November 30, 2018 — A new study led by The Australian National University (ANU) has discovered a promising way to significantly lower doses of X-rays that has the potential to revolutionise 3D medical imaging and make screening for early signs of disease much cheaper and safer.

The research team, which involved the European Synchrotron Radiation Facility and Monash University, built upon an unconventional imaging approach known as “ghost imaging” to take 3D X-ray images of an object’s interior that is opaque to visible light.

Lead researcher Dr Andrew Kingston said the study was the first to achieve 3D X-ray imaging using the ghost imaging approach, which has the potential to make 3D medical imaging much cheaper, safer and more accessible.

“The beauty of using the ghost imaging technique for 3D imaging is that most of the X-ray dose is not even directed towards the object you want to capture – that’s the ghostly nature of what we’re doing,” said Dr Kingston from the ANU Research School of Physics and Engineering.

Too much radiation from medical x-ray imaging can increase cancer risk, which limits how often patients can be tested with CT systems, 3D mammography for breast cancer screening and other 3D X-ray approaches.

“A variation of our approach doesn’t require an X-ray camera at all, just a sensor – this would make a 3D medical imaging setup much cheaper,” Dr Kingston said.

The proof-of-concept approach took a 3D ghost image of a simple object of 5.6mm diameter at a relatively low resolution of about 0.1mm.

The researchers devised a new ghost imaging measurement system that used a series of X-ray beams with patterns.

The researchers then used a computer to create a 2D X-ray projection image of the object from these measurements.

This process was repeated with the object at different orientations to construct a 3D image.

“Our most important innovation is to extend this 2D concept to achieve 3D imaging of the interior of objects that are opaque to visible light,” Dr Kingston said.

“3D X-ray ghost imaging, or ghost tomography, is a completely new field, so there’s an opportunity for the scientific community and industry to work together to explore and develop this exciting innovation.”

Co-researcher Professor David Paganin from Monash University said the team’s achievement could be compared to the early days of electron microscopes, which could only achieve a magnification of 14 times.

“This result was not as good as could be obtained with even the crudest of glass lenses using visible light,” he said.

“However, the microscope using electrons rather than light had the potential – realised only after decades of subsequent development – to see individual atoms, which are much tinier than an ordinary microscope using visible light can see.”

The work is published in Optica.

* Images related to the study can be downloaded by clicking on the image icons below.

* The Optica paper can be downloaded by clicking on the paper link below.