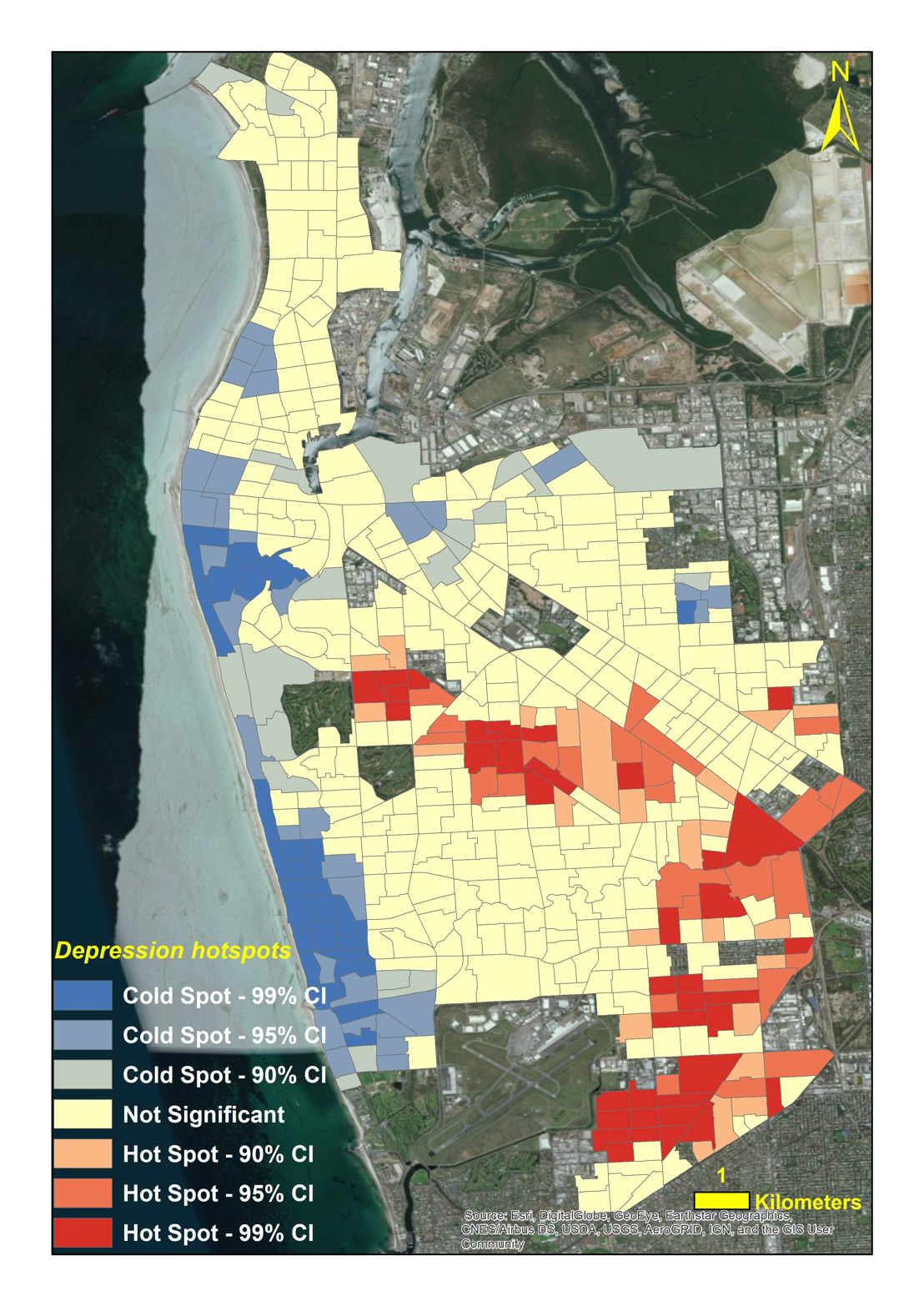 Friday, May 17, 2019 — Poorer, disconnected suburbs are more likely to have depression ‘hot spots’, according to a new study focused on Adelaide from The Australian National University (ANU).

Dr Bagheri says the results are explained by social fragmentation, which is defined by a lack of opportunity and inclusion.

Social fragmentation is based on 12 variables from Australian Bureau of Statistics (ABS), including how long people have lived in the area, the percentage of renters, single-person households, recent immigrants, unmarried and non-family households.

“We found significant clusters of both hot spots and cold spots of social fragmentation and depression,” said Dr Nasser Bagheri.

“Individuals treated for depression are more likely to live in neighbourhoods with low socio-economic status and higher social fragmentation.

“The cold spots were the opposite. They had higher socio-economic status, lower rates of depression and less social fragmentation.

“We found these cold spot areas are more connected and they have better mental health.”

“What’s working in the cold areas is they are mostly home owners, they have established families and people live longer in those areas. People are more invested in these areas,” said Dr Bagheri.

“Home owners are more likely to have an attachment to the neighbourhood compared to someone who rents short term.”

“We expected areas that are highly socially fragmented would have high rates of depression,” said Dr Bagheri.

“Finding where these hot spots are helps us target prevention activities across communities and work toward more connected neighbourhoods.”

The study is published in Social Psychiatry and Psychiatric Epidemiology.

ANU College of Health and Medicine