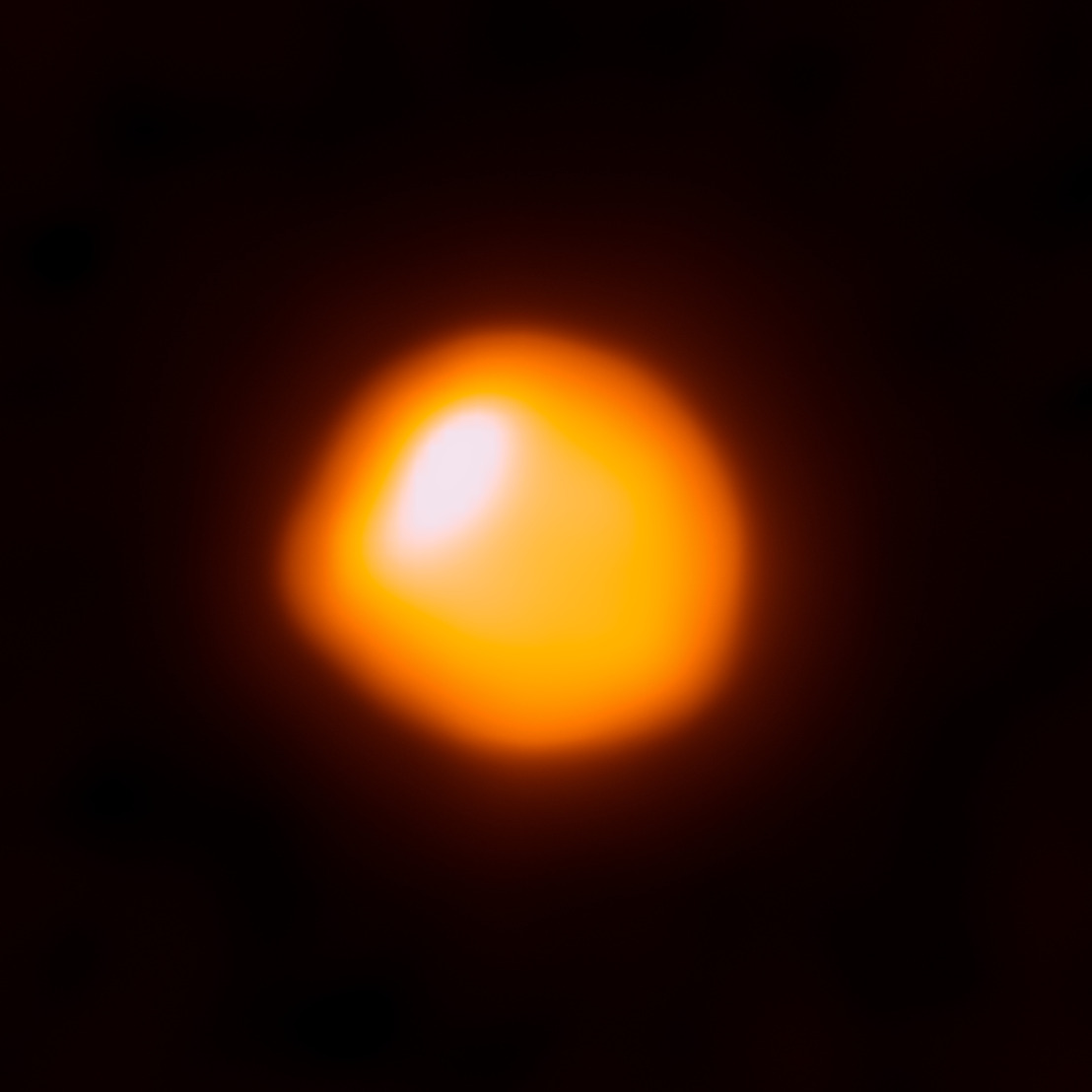 Friday, October 16, 2020 — It may be another 100,000 years until the giant red star Betelgeuse dies in a fiery explosion, according to a new study by an international team of researchers.

The study, led by Dr Meridith Joyce from The Australian National University (ANU), not only gives Betelgeuse a new lease on life, but shows it is both smaller and closer to Earth than previously thought.

Dr Joyce says the supergiant – which is part of the Orion constellation – has long fascinated scientists. But lately, it’s been behaving strangely.

“It’s normally one of the brightest stars in the sky, but we’ve observed two drops in the brightness of Betelgeuse since late 2019,” Dr Joyce said.

“This prompted speculation it could be about to explode. But our study offers a different explanation.

“We know the first dimming event involved a dust cloud. We found the second smaller event was likely due to the pulsations of the star.”

The researchers were able to use hydrodynamic and seismic modelling to learn more about the physics driving these pulsations – and get a clearer idea of what phase of its life Betelgeuse is in.

According to co-author Dr Shing-Chi Leung from The University of Tokyo, the analysis “confirmed that pressure waves – essentially, sound waves—were the cause of Betelgeuse’s pulsation.”

“It’s burning helium in its core at the moment, which means it’s nowhere near exploding,” Dr Joyce said.

“We could be looking at around 100,000 years before an explosion happens.”

Co-author Dr László Molnár from the Konkoly Observatory in Budapest says the study also revealed how big Betelgeuse is, and its distance from Earth.

“The actual physical size of Betelgeuse has been a bit of a mystery – earlier studies suggested it could be bigger than the orbit of Jupiter. Our results say Betelgeuse only extends out to two thirds of that, with a radius 750 times the radius of the sun,” Dr Molnár said.

“Once we had the physical size of the star, we were able to determine the distance from Earth. Our results show it’s a mere 530 light years from us – 25 per cent closer than previous thought.”

The good news is Betelgeuse is still too far from Earth for the eventual explosion to have significant impact here.

“It’s still a really big deal when a supernova goes off. And this is our closest candidate. It gives us a rare opportunity to study what happens to stars like this before they explode,” Dr Joyce said.

The study was funded by The Kavli Institute for the Physics and Mathematics of the Universe (WPI), The University of Tokyo, and facilitated by the ANU Distinguished Visitor’s program. It involved researchers from the United States, Hungary, Hong Kong and the United Kingdom, as well as Australia and Japan.

The study has been published in The Astrophysical Journal.