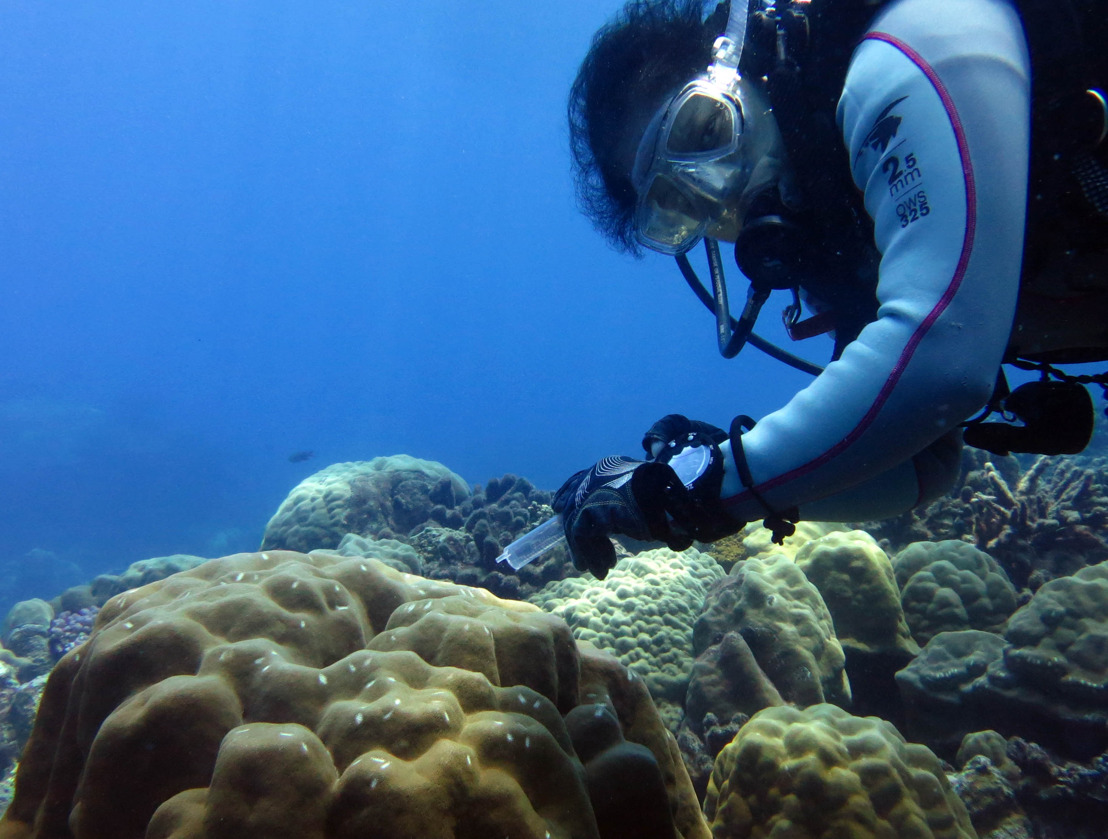 Monday, August 5, 2019 — A new study from The Australian National University (ANU) has shown the impact phosphate mining is having on our coral reefs.

The study looked at coral reefs around Christmas Island, where there’s been extensive phosphate mining for around 100 years.

This pollution has caused a slowdown in reef growth and diversity.

“The major problem is sediment pollution from the phosphate mine. On a healthy reef, the sediment will be made from reef organisms – including worn down shells and bits of coral,” Dr Mallela said.

“If you have a lot of run off and pollution, the sediment becomes dark and quite sticky. It actually smothers and sticks to the reef organisms, and can kill them.

“It also clouds up the water column, so it stops the light from penetrating down. Coral is part plant, part animal – the plant component needs to photosynthesise, so if the pollution reduces the light levels on the reef you take away part of its feeding regime.”

“They’re the coral species that juvenile fish like to live in; they’re the ones that give a lot of structural complexity to the reef. They were missing at the really polluted sites,” Dr Mallela said.

“There’s also a type of hard, pink algae that is really important for the recruitment of baby corals. The levels of that algae were really, really low, if it was there at all.”

“The most heavily polluted site was where they store all the phosphate to dry. Obviously they could put in some kind of physical barriers or erosion control to stop that phosphate running off into the reef,” she said.

“If they’re mining the phosphate for fertiliser to sell, it doesn’t make sense for the phosphate to be washing off into the ocean. It makes sense to have good management strategies in place not only for the environment, but for the business too.”

The results of this study could hold some important lessons for other mine sites across Australia as well.

“What goes into our rivers runs downhill and will probably end up in the ocean. So you have to be really careful about what you’re allowing to enter into waterways, and restrict the amount of contaminated sediment that ends up in them,” Dr Mallela said.

Despite this warning, there were some positives to come out of the study. Dr Mallela found the damage was contained to certain areas around Christmas Island.

“Because of the shape of the island and the steeply sloping reefs, the pollution was very site specific, so you have healthy reefs further down the coastline,” she said.

“Despite the fact that we showed a lot of localised mining damage to the reefs, the non-mining impacted reefs are actually some of the healthiest Australian reefs that we’ve seen in terms of coral cover.

“They did bleach in 2016, but this is actually a good news story – we’ve seen them start to recover.

“It basically shows we do have reefs which have the resilience to recover and continue to grow.”

The research has been published in the journal Science of The Total Environment and for 50 days can be freely accessed at: https://authors.elsevier.com/a/1ZT5FB8cckRwm.

You can find out more about Dr Mallela’s work, and make a contribution, by visiting the Coral Reef Environment and Management Fund website.