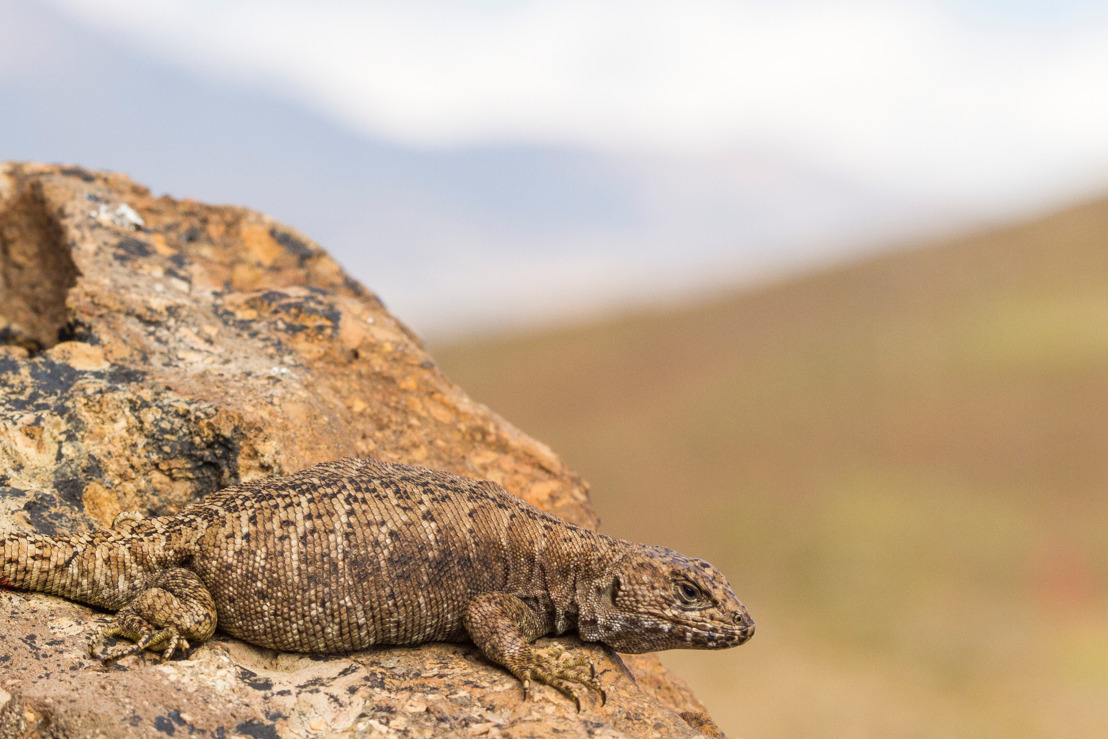 Wednesday, February 13, 2019 — Researchers at The Australian National University (ANU) have made a remarkable discovery about a group of lizards, and how they’ve managed to thrive in extreme conditions on one of the world’s highest mountain ranges.

PhD candidate Damien Esquerre says as the Andes formed, the lizards evolved to give birth to live young, because eggs struggle to incubate in cold temperatures.

Amazingly, when some Liolaemus species moved down to colonise the surrounding lowlands, there’s evidence they were able to start laying eggs again.

“No mammal has ever re-evolved egg laying, but these lizards seem to. Dollo’s Law states that once you lose something it is really hard to regain it. For example, species that adapt to living in caves and lose their eyesight are extremely unlikely to get it back,” Mr Esquerre said.

“From an evolutionary perspective it makes sense, but from a physiological perspective it’s a bit of mystery how they re-evolve that egg laying machinery. We still need to understand more about the physiology of how the lizards transition between egg laying and live bearing.”

According to the team from ANU, the Andes is also responsible for the incredible diversity of the lizards.

“We think the Andes acted like ‘sky-islands’, with the uplift isolating Liolaemus species on the mountain tops,” Mr Esquerre said.

The ANU research shows that by generating new species which later invaded the lowlands, the Andes served as a “species pump”, increasing the diversity of lizards in other parts of South America.

Mr Esquerre believes this study opens the door for further research into mountain ranges across the world, and how they generate biodiversity.

“Mountains account for less than a quarter of the earth’s surface, but are biodiversity hot-spots. In the Andes, almost every mountain I climb that hasn’t been explored by someone who studies reptiles, I should find a new species.”

“Other mountain ranges around the world, like the Himalayas and to a lesser extent even the Snowy Mountains here in Australia, should be looked at very seriously in terms of the impact they have.”

Mr Esquerre says any animals that can adapt to cold climates and have low mobility, for example frogs, fish, and insects, could show similar diversification patterns to the Liolaemus lizards if they get trapped on cold mountain tops.

“I think this is a good starting point to explore in more detail how, for example, egg laying and live bearing evolve – in terms of physiology and genetic mechanisms, but also how mountain tops impact biodiversity elsewhere and in other animal groups.”

The research paper is available online.

* A short video about the study is available here: https://youtu.be/0Gayd0NTF7Y

* Additional footage related to the research is available for download here: https://spaces.hightail.com/space/Kpudk1yjzx